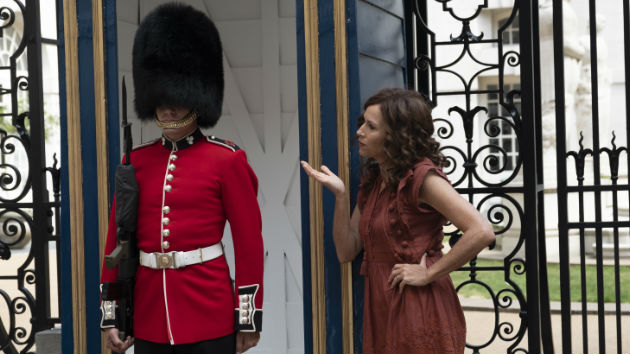 Show star John Ross Bowie, who plays dad Jimmy DiMeo, tells ABC Radio the cast was up bright and early taking it to the streets of London.

So how was it working with Cleese? A little intimidating at first, recalls Bowie and co-star Cedric Yarbrough.

"It was incredible, I was really nervous, but he was a teddy bear," says Bowie. "And I pitched him a cooking show he and I will do," adds Yarbrough. "He said he'll get back to me."