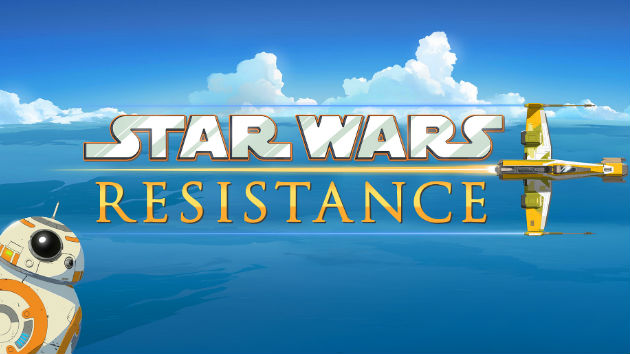 Set decades after the events of Return of the Jedi, and months before the events in Star Wars: The Force Awakens, the show follows young pilot Kazuda Xiono (ZEE-ono), who is tapped as a spy by the band of heroes known as The Resistance. Kaz is recruited by ace pilot Poe Dameron, voiced here by the actor who played him onscreen, Oscar Isaac. Similarly, Gwendoline Christie voices the animated version of her big-screen alter-ego, Captain Phasma.

Christopher Sean voices Kax, and he tells ABC Radio one of the great things about the show is its diversity: "It's great because I'm half Asian and half American, I've never really had too many role models myself, so it's great to be able to try and be that person for the youth, and for families and so forth to be able to see someone that looks like them. Because now they're not separate from our culture, now we can be included."

Calling it a "fast paced, high octane show," actress Suzie McGrath, who plays mechanic and pilot Tam Ryvora, tells ABC Radio that getting a chance to be a part of that galaxy far, far away is a dream come true. "It's a bucket list thing, you know? You're an actor and trying to make it and living your life and you get a job like this that's bigger than you could ever have dreamed of."

Tune in this Sunday for the 78th annual Golden Globes
‘Queer Eye’ star Karamo Brown is ready to start dating again: “I want to be married”
Mariska Hargitay says it was “life-changing” when she met ‘SVU’ co star Chris Meloni for the first time
Disney+ announces release dates for ‘Star Wars: The Bad Batch’, ‘Loki’, and more
‘Queer Eye’ star urges HIV-positive community to look up COVID-19 vaccine eligibility
‘Spider-Man’ star Tom Holland desperate not to spoil ‘WandaVision’ for himself