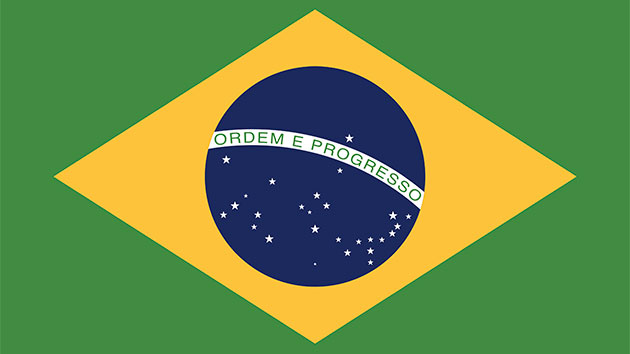 iStock/Thinkstock(NEW YORK) — The Portuguese words for “not him” and “yes him” have been on many Brazilian womens’ lips over the past few weeks.

They’re referring to Jair Bolsonaro, a candidate for the far-right Social Liberal Party who is also the presidential front-runner, and whether they support or oppose him, one thing is clear: they are all very passionate.

So passionate, in fact, that tens of thousands of people — mostly women — took to the streets last weekend in different cities across the country to express their views on his candidacy.

"I am here protesting [against him], but I can see Bolsonaro winning. I don't have any illusions" Gabriela, a graphic designer from Rio de Janeiro, told ABC News. She asked that her last name not be disclosed.

For those who oppose him, the reasons are clear. Bolsonaro is often compared to U.S. President Donald Trump for sexist comments that he’s made throughout the years, including one caught on camera that he made as a congressman to Congresswoman Maria do Rosario in 2003.

“I would never rape you because you don’t deserve it,” he said.

Eleven years later, after giving a speech for International Day of Human Rights in 2014, where she condemned human rights violations committed during the U.S.-backed military dictatorship between 1964 and 1985, Bolsonaro repeated his comment.

“I am just hoping women can have peace and feel secure in Brazilian society,” Gabriela said. “Women need to feel valued as well. I am afraid if Bolsonaro wins we will be in danger and violence against women will increase."

Yet, Bolsonaro’s comments don’t seem to discourage women in Brazil from planning to vote for him. In fact, a growing number of women believe Bolsonaro will bring real change and say that his power to do so is “unique.”

“Brazil is going through an important crisis,” Nailma Bispo, who lives in the eastern city of Ilheus and works in business development, told ABC News.

“It’s time to put our own house in order and Jair Bolsonaro is the only candidate who has never been mentioned in the anti-corruption operation Car Wash,” she added, referring to an ongoing criminal investigation that has implicated oil and construction executives, politicians, congressmen, and four former presidents — including Luiz Inacio Lula da Silva, who is serving 12 years for accepting favors.

Bispo has been actively working to support her candidate on social media by sharing as much information about the candidate as possible.

“I don’t see him as sexist,” she said. “I think the congresswoman was impolite with him and accused him of being a rapist. I think any head of a family would have been upset by something like this.”

Bolsonaro is in a good position to become the next president of Brazil, according to polls. In first-round voting, which will take place on Sunday, Oct. 7, he is expected to hold 31 percent of the vote, compared to 17 percent for the Workers’ Party Fernando Haddad.

Based on those numbers, there will likely be a second round of voting to decide between the two candidates who receive the most votes. If that is the case, the future Brazilian president will be determined on Oct. 28.