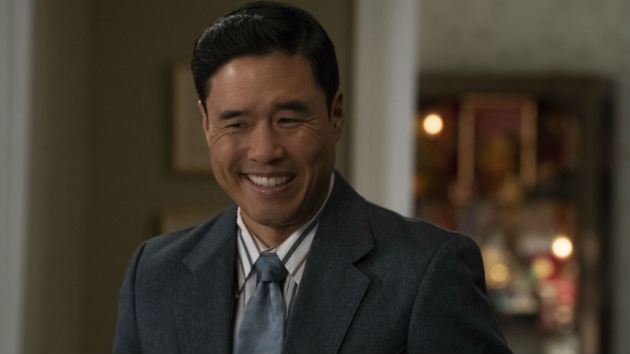 ABC/Byron Cohen(NEW YORK) — If you were a TV watcher in the ‘90s, ABC’s TGIF lineup was everything. Back then, the network’s Friday night programming included shows like Full House, Family Matters and Perfect Strangers.

Well now, TGIF is back with a whole new slate of shows: the family sitcoms Fresh Off the Boat and Speechless, and game show Child Support.

The night kicks off with the season five premiere of Fresh Off the Boat at 8 p.m. ET.

Randall Park, who plays dad Louis Huang on the show, says he grew up on TGIF shows and it’s “surreal” to now be part of that tradition. To bring even more nostalgia to viewers, Jaleel White — Family Matters’ Steve Urkel — will be guest starring on the Fresh Off the Boat's season premiere.

The second season of the game show Child Support will debut following Fresh Off the Boat and Speechless, at 9 p.m. ET. The show, hosted by Fred Savage, features Ricky Gervais wrangling a group of kids to see if they can answer questions the adult contestants can’t.

Gervais says doing the show has opened him up to a more family-friendly fanbase.

“I noticed it the last time when I was in New York after the [first season] that I was being recognized by moms and kids,” he says. “So I thought, ‘Well they’re not watching my stand-up!’ It’s funny. It’s a different strata of fame.”