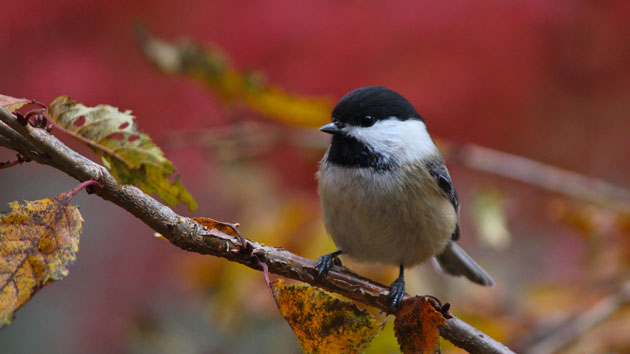 iStock/Thinkstock(GILBERT, Minn) — Birds in northern Minnesota are swarming and dive-bombing cars and homes.
The behavior might echo Alfred Hitchock's "The Birds," but there’s a key difference: "They literally get drunk," Chelsea Trucano, a patrol officer with the Gilbert Police Department, told ABC News' "Start Here" podcast.
After a series of bird crashes, including one bird that broke through the window of someone's house, local experts explained to police that an early frost was causing the berries in the area to ferment in the heat during the day.
Warm fall temperatures have also thrown off migration patterns, according to Trucano: "There's more birds in the area thus we're seeing it more frequently that the birds are getting intoxicated by these berries."
She's seen the birds in action while on patrol.
"They'll be flying around and then kind of bump into the window, get stunned, go onto the ground and they kind of have that dazed look," she told "Start Here."
There are no field sobriety tests for birds — "We are going to have to develop that," Trucano said — but she recommended building a "detox box" for the immobilized, intoxicated birds.
"You take a cardboard box, cut holes in it, and then put the bird in there for a little while," she said. "Within a couple of hours, it will take a little nap and sober up and be good to go."

This story is featured in Friday's edition of the ABC News "Start Here" podcast.