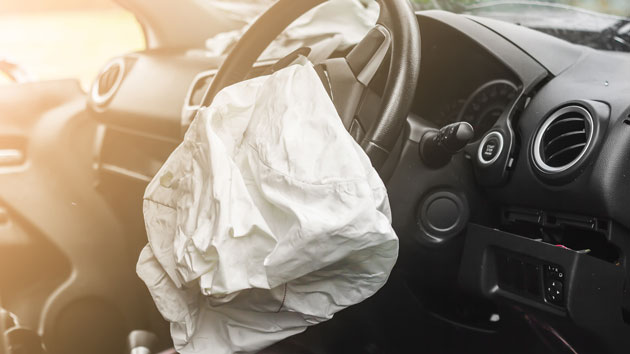 iStock/Thinkstock(NEW YORK) — After observing increases in 2015 and 2016, the National Highway Traffic Safety Administration released a report showing that 1.8 percent fewer people in 2017 died in crashes involving motor vehicles.
Last year, 37,133 died on U.S. roadways, compared with 37,806 in 2016, according to the NHTSA.
There were noticeable decreases among occupants in passenger cars (1.1 percent fewer), occupants in vans (5.8 percent fewer), occupants in pickup trucks (4.5 percent fewer) and motorcyclists (3.1 percent fewer), while the data showed an uptick among occupants of SUVs (3 percent more) and large trucks (9 percent more).
Fatalities linked drunken driving also fell 1.1 percent but still accounted for 29 percent of all deaths.
In 2017, Texas had the most deaths, at 3,722 — 39 percent of which were linked to alcohol.
"Over the past 40 years, there has been a general downward trend in traffic fatalities," the report stated. "Safety programs such as those increasing seat belt use and reducing impaired driving have substantially lowered the traffic fatalities over the years. Vehicle improvements such as air bags and electronic stability control have also contributed greatly to the reduction of traffic fatalities."
The rate of overall fatalities per 100 million vehicle miles traveled fell to 1.16 in 2017 from 3.35 in in 1975, when 44,525 were killed, the data show.
The leading cause of death in the U.S. remains heart disease, which claimed 635,260 lives in 2016, according to the most recent data available from the Centers for Disease Control and Prevention.
Copyright © 2018, ABC Radio. All rights reserved.