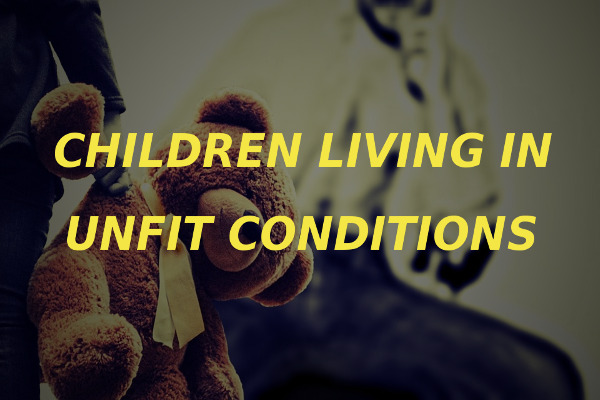 The investigation started on Aug. 14 when a young boy was found wandering Bigler Avenue, wearing only a diaper and covered in dirt. Police recognized the toddler from previous incidents at the family’s home.

He had been walking alone for at least 20 minutes. When they brought him back to his home on East 6th Street, they found disgusting conditions inside of the house.

The carpets were black with dirt, and the mattresses were on the floor along with dirty plates and garbage. The house smelled like mold and feces. There were exposed wires in many rooms, and the basement was filled with about two feet of sewage. The house has been deemed as uninhabitable.

Andrea and Eleanor Snyder and Hardy waived their right to a preliminary hearing. The three of them are being held in the Clearfield County Jail on $20,000 bail. Edward and Kimberly Snyder had their preliminary hearings continued until Oct. 17.

It seems that there are five children affected by this case, and they have been placed into safe custody at this time.

Now if this story touched your heart or made you feel angry, just know that these kids in particular are already in safe care but there are plenty of children out there who are in similar situations and need your help.

Consider signing up to be a foster parent to provide them the stability that they need in what can be very confusing and tough times for them. If you cannot be a foster parent, you can also help by donating to your local foster home or foster family, providing respite care which is like being a babysitter or emergency contact for a foster family, or becoming a mentor or volunteer.