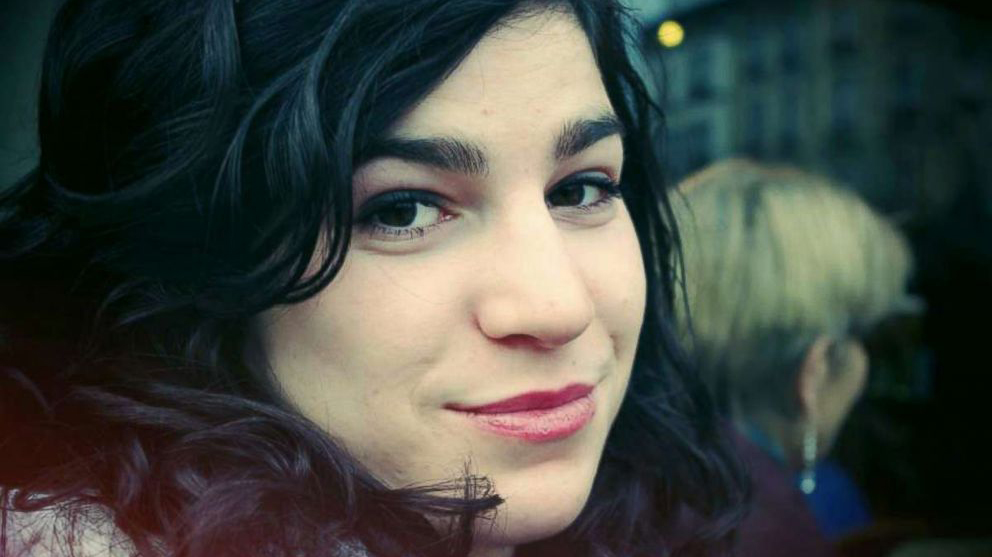 Marie Laguerre/Facebook(PARIS) — A 25-year-old man caught on camera punching a woman in the face in the streets of Paris last summer was sentenced to six months in prison on Thursday for "aggravated violence," according to French media reports.
The man received an additional six months suspended jail term and was ordered to pay $2,300 in damages for attacking engineering student Marie Laguerre, 22, according to reports.
The individual arrested in August, identified by French media only as Firas M., was also ordered by a Paris court Thursday to take a course in gender-related violence.
“That’s the most satisfying part of the verdict for me,” Laguerre told a crowd of journalists outside the court, an exchange that was broadcast on the French television channel LCI.
Laguerre said she thinks the verdict is “balanced”.
In an effort to spotlight sexual harassment on the street, LaGuerre posted a video on Facebook last July of her being hit in the face by a man outside a cafe Paris.
The video went viral and compelled an investigation by local authorities.
“Last night, as I was coming back home in Paris, I walked past a man who sexually/verbally harassed me,” Laguerre wrote in a post at the time.
“He wasn't the first one and I can't accept being humiliated like that, so I replied 'shut up'. He then threw an ashtray at me, before rushing back to punch me, in the middle of the street."
The surveillance camera footage went viral on social media.
Laguerre has since launched a website called “Nous Toutes Harcelement,” encouraging women to share their stories about street harassment online. The term translates in English to "We are all harassed."
The Paris court on Thursday condemned Firas M. for “aggravated violence” but determined that there was not sufficient evidence to convict him for sexual harassment, according to the French newspaper Le Monde.
Just a few days after the incident, French lawmakers approved a new bill that outlaws cat-calling, allowing fines of as much as hundreds of dollars to be handed out on the spot to street harassers. The new law could not be applied in this case as the incident happened before the bill passed.
“Few people are able to have their harasser facing justice. Every time we denounce these behaviors, it’s a progress” Laguerre told Le Monde.