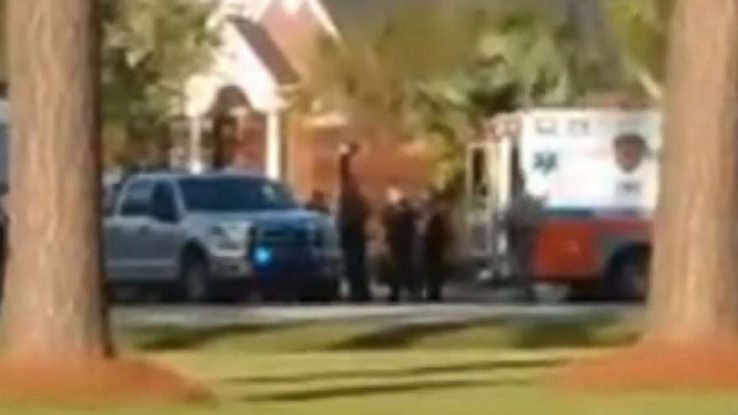 Derek Lowe(FLORENCE, S.C.) — A suspect has been detained after seven police officers were shot in a residential neighborhood in South Carolina, according local authorities.
One officer died in the shooting, the Florence County Coroner confirmed to ABC News.
Three deputies from the Florence County Sheriff's Office and four officers from the Florence Police Department were shot, authorities said. The officer who died was from the police department.
The shooting occurred in the Vintage Place, a residential neighborhood in Florence, about 80 miles east of Columbia, according to the Florence County Emergency Management.
Some injuries are "serious," a spokesperson for the city of Florence told ABC News.
Florence Police Chief Allen Heidler described the officer who died as the "bravest officer" he's ever known.
"Today we lost a good friend of mine — an officer that I’ve known for 30 years," Heidler said during a news conference Wednesday evening.
The active situation is over, but city officials asked that residents stay away from the area.
At least 100 law enforcement officers responded to the scene, ABC Florence affiliate WPDE-TV reported.
Witnesses told the local station they could hear gunshots from inside their homes.
This is a breaking news story. Please check back for updates.