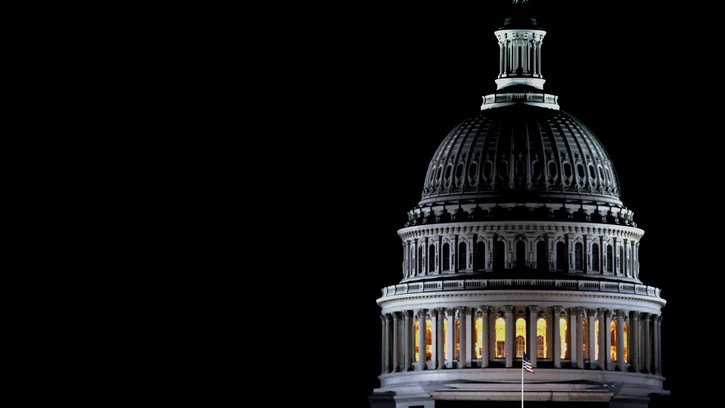 iStock/Thinkstock(WASHINGTON) — Senators on the committee tasked with voting on embattled Supreme Court nominee Brett Kavanaugh’s future on the bench are apprehensively awaiting parts of the FBI report into allegations made against the judge by Christine Blasey Ford.
Immediately after that report is filed, Senate Majority Leader Mitch McConnell is expected to move the vote forward. Senators will then likely vote on Saturday to confirm Kavanaugh to the court.
If they don’t have the votes, the nomination fails.
However, as of Wednesday afternoon, senators did not expect to receive a full report of everything the FBI investigated in their week-long investigation — rather, they expected interview summaries without any drawn conclusions or summaries from the FBI, Republican Sen. Bob Corker told reporters after a closed-door GOP lunch on Capitol Hill, because the FBI does not make conclusions in a background investigation.
Corker serves on the committee and is expected to vote for Kavanaugh.
“My understanding is that they’re just going to send us the raw data” from the interviews, Corker said. Senators from both parties would then have a chance to ask an FBI official any questions they have.
The summaries will first go to the White House, members of the committee have been told, and then to the Hill, where they will be made available to senators in a secured room, Corker said.
The only people who will be able to access the summaries will be the senators on the committee and senior staff.
According to Senate Majority Leader Mitch McConnell and Senate Judiciary Committee chairman Chuck Grassley, the FBI’s report on the allegations are not expected to be made public. But there is a growing call — from both Democrats and Republicans — to have some version made public.
"I know yesterday [McConnell] said that was not going to be the case, but I have a feeling they're probably trying to figure out some way of disseminating this," Corker said.
Sen. Chris Coons, the Democrat from Delaware who worked with Republican Sen. Jeff Flake to catalyze the FBI report, said he didn’t think witness questioning should be made public because there’s an expectation of privacy, but that a summary of rough topics and number of interviewees should be made available.
“I do think in the interest of transparency it would be appropriate for the FBI or the Senate to release that," Coons said.
And despite the reports imminent delivery to the Hill, Democrats continue to raise objections about its credibility — specifically in the absence of Ford and Kavanaugh interviews.
Democratic Sen. Dianne Feinstein, ranking member of the committee, released a statement Wednesday afternoon saying the lack of interviews, including with witnesses identified by Kavanaugh’s second accuser Deborah Ramirez, “raises serious concerns that this is not a credible investigation and begs the question: What other restrictions has the White House placed on the FBI?”
The White House specifically requested FBI interviews with four people: Kavanaugh’s high school friends Mark Judge and P.J. Smyth; Leland Keyser, who Dr. Christine Blasey Ford identified as at the gathering where she was assaulted; and Ramirez, who’s lawyers provided a list of more than 20 additional witnesses to interview.
According to Ford’s lawyers, they’ve had no contact with anyone involved in the investigation, despite multiple requests. The FBI has also not contacted Julie Swetnick, Kavanaugh’s third accuser.
But McConnell, who has fervently supported Kavanaugh from the beginning, vowed that, despite Democrats’ complaints, the Senate will vote by the end of the week.
"They'll read it as quickly as they can and that'll not be used as another reason for delay, I'll tell you that," McConnell said Tuesday. "We'll have an FBI report this week, and we'll have a vote this week."
"It’s time to put this embarrassing spectacle behind us," he added on Wednesday morning.