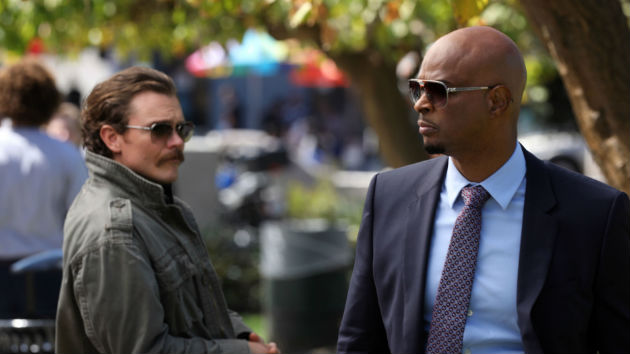 Jordin Althaus/FOX(LOS ANGELES) — Damon Wayans is officially over and out of his Fox TV series Lethal Weapon.

In an interview with Eurweb.com, Wayans revealed he plans to exit the Fox drama in December after his finishes production on season three.

“I’m going to be quitting the show in December after we finish the initial 13 [episodes],” Wayans told the site. “So I really don’t know what they’re planning, but that’s what I’m planning. I’m a 58-year-old diabetic and I’m working 16-hour days.”

When the interviewer asked if Wayans was "over it," Wayans agreed, referencing his Lethal Weapon character in response. "I’m done. Like Murtaugh said, 'I’m too old for this.'”

“It’s hard for me to play this loving, supportive father/husband/ friend on TV, but be the guy in life that is telling everyone, 'I can’t, I have to work!'" he explained. “You have to look yourself in the eye and ask, 'Who are you?' It can’t be all about work."

He continued, "I’m from a big family, a loving family. All the family gatherings, I haven’t seen them. I’m too tired or I can’t because it conflicts with work… I have seven grandkids. I’ve been missing recitals and graduations. To me it’s just not worth it. There is a better way to live life.”

Wayans said his next plans were "to return to the stage and try to find my smile again.”

What to know about traveling this summer amid the pandemic
‘Fatherhood’: Kevin Hart-led drama to hit Netflix this summer ahead of Father’s Day
On ‘GMA’, embattled ‘Bachelor’ host Chris Harrison speaks out: “This franchise can be a beacon of change”
‘This has been a huge mental toll’: Working moms still struggle a year into the pandemic
Biden announces Merck will help produce Johnson & Johnson COVID-19 vaccine
Zendaya gave ‘Spider-Man’ co-star Tom Holland this advice on dealing with fans