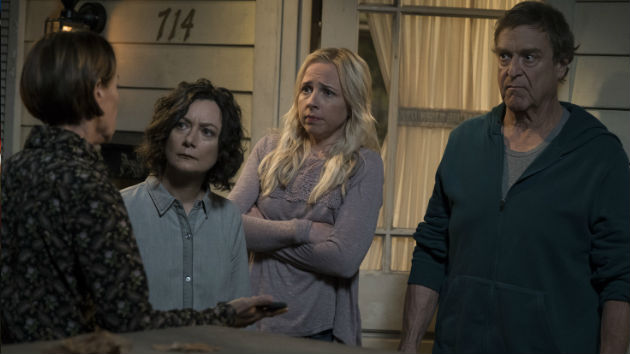 ABC/Eric McCandless(LAGUNA NIGUEL, CA) -- Despite the controversy surrounding the show's star, Channing Dungey, the president of ABC Entertainment, says she
Posted on October 3, 2018 by ABC News

ABC/Eric McCandless(LAGUNA NIGUEL, CA) — Despite the controversy surrounding the show's star, Channing Dungey, the president of ABC Entertainment, says she doesn't regret greenlighting the now-cancelled Roseanne revival.
During the Fortune Most Powerful Women Summit in Laguna Niguel, California, attended by Deadline, Dungey opened up about the short-lived blue-collar comedy.

"We had a great conversation about the kinds of stories they wanted to tell, those broader stories that deal with a part of our country, particularly those that are more challenged economically," she said.

According to Dungey, Roseanne was a perfect fit for that specific narrative. However, the show was abruptly canceled after its star, Roseanne Barr, sent a racist tweet likening Valerie Jarrett, an adviser to President Barack Obama, to the Muslim Brotherhood and the movie Planet of the Apes. Barr later deleted the tweet and apologized, but continues to deny that she is racist.

“You don’t want to infringe on someone’s freedom of speech or their ability to share their views," she explains. "[But] at some point, there’s a standard of behavior we’re looking for for people associated with The Walt Disney Co.”
The Connors, a new incarnation of the show without Roseanne Barr, premieres on October 16 on ABC.