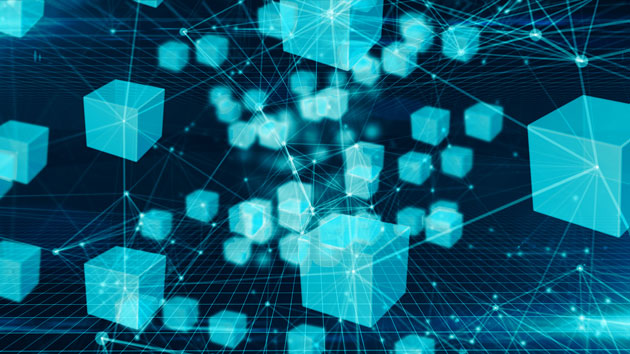 iStock/Thinkstock(NEW YORK) — A team of Oxford academics hopes to bring university education into the 21st century with the world’s first “blockchain university” when teaching begins early next year.
The pioneers at Woolf University will use blockchain, the technology behind crypto-currencies such as bitcoin, to provide a system of one-to-one education that will prove cheaper for students and pay more for teachers. Forbes recently described the university as “uber for students and airbnb for academics.”
Why blockchain?
Woolf is the first university to use its own blockchain data ledger but it is certainly not the first to investigate the potential of this relatively new technology.
Arizona State University has its own Blockchain Research Lab intent on research “to see this technology positively impact the world.” The college defines blockchain as “a decentralized, digital ledger system” that is “a chain because additions or changes can only be made by adding new information to the end.”
In other words, blockchain is a digital storage system in which any data entry cannot be changed by an outside party after it has been entered. The effect is that the parties entering to the blockchain have personal ownership of their data.
It has long been associated with cryptocurrencies such as bitcoin where the data is protected from outside interference, as when a government decides to print money.
“Woolf's blockchain is designed to cut out the middle layer of bureaucracy between the classroom and the regulator,” Joshua Broggi, Woolf founder and director, told ABC News.
“The platform is designed to offer students and teachers uncompromised ownership of their personal data,” Broggi, a research fellow at the University of Oxford’s Faculty of Theology and Religion, added.
The idea is that teaching will take place directly between students and teachers, often in one-to-one tutorials, without the need for a traditionally resource-intensive university bureaucracy. Woolf tuition will be $19,200 a year.
Doubts
But there is some skepticism about whether the technology is really needed in higher education.
“At a fundamental level, the project misunderstands what a university education is about,” Michele Finck, author of “Blockchain Regulation and Governance in Europe,” said, expressing doubt.
“There surely is the educational element in a strict sense but, more broadly, it's also about learning a range of soft skills and being part of a real-world community that supports, stimulates and challenges you in your way into adulthood.”
Finck doubts that Woolf University will pass European data protection laws and considers the financial aspect a huge obstacle, she said.
“From an economic perspective, I don't see how this could work,” Finck said. “Tuition costs are $19,200 a year. Many [universities] could benefit from embracing technology. It's really not clear to me what blockchain would add to education.”
World's first "borderless university" will offer one-to-one tutorials for students across the globe.
A borderless university
The founders maintain this will be the world’s first “borderless university.”
“We literally could not do what we are doing without a blockchain,” Broggi, Woolf’s founder, said. “I very much hope it is the future of education. Woolf aims to solve two big problems in higher education: adjunct teaching and student access.”
Blockchain technology, meanwhile, will garner “very significant cost savings and this is crucial for student access,” he said.
“We need to see fresh thinking about higher education because the largest group of students in human history will be looking for a university degree over the next decade,” Broggi added.
“Globally, we are not prepared for that. We would need to build hundreds of new universities. I think Woolf can meet part of that need.”
Copyright © 2018, ABC Radio. All rights reserved.