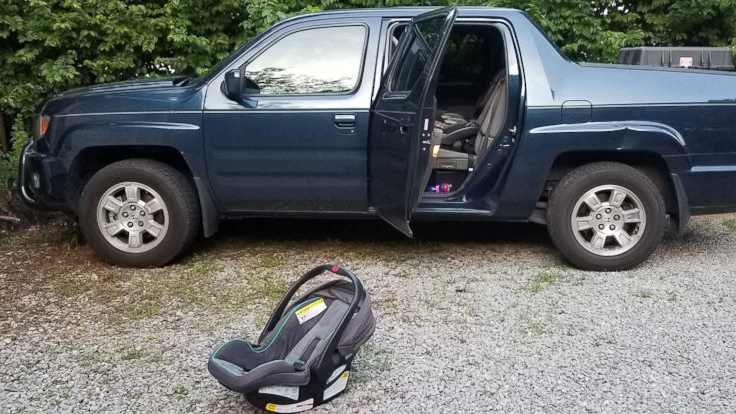 Nashville Police Dept.(NEW YORK) — The United States is on the verge of breaking its record for the number of children who've died in hot cars within one year, the National Safety Council warned on Tuesday.
Forty-eight children have died in hot cars this year — one less than the all-time high of 49 deaths, set in 2010, the organization said.
The National Safety Council said it's "deeply concerned that — despite increased public awareness — we are just a single tragedy away from a level we hoped never to reach again."
Among this year's victims are a 10-month-old boy in Mississippi, a 1-year-old girl in Tennessee and a 2-year-old boy in California.
Some of the children are accidentally left in a car, while others climb into an unlocked car on their own.
Some parents are arrested, while others are just left guilt-ridden and mourning.
Regardless of the circumstance, to Amber Rollins, director of the organization KidsAndCars.org, "People don't believe this can happen to them. And that's why we continue to see it happen."
"We've got to do more," she told ABC News on Tuesday.
The National Safety Council is pressing for more legislation. The organization said 21 states have laws that address children who are left in cars.
Meanwhile, KidsAndCars.org is urging for better use of technology in cars.
"Education and awareness are not enough," Rollins said. "We've got to be focusing on technology because we've proven year after year that knowing this can happen to you and hearing it on the news and knowing it happens to great parents … is not changing anything."
When a parent is tired and stressed, Rollins said, the "brain functions differently."
"It's these competing memory systems in our brain, and going on autopilot — which is what happens when someone drives past the daycare and goes straight to work, thinking their kid is safe and sound all day — is not a conscious decision. It just happens," she said. "You can't train your brain not to forget."
Though summer has ended and the weather is starting to cool down, Rollins warned that the danger of hot car deaths is still lurking.
It doesn't have to be 90 degrees outside, or even 80 degrees, for a child to die in a hot car, she said, noting that children have died from heatstroke in cars when the temperatures were in the 50s.
KidsandCars.org offers tips to drivers, including: always keep cars locked, even if you don't have children; always keep keys out of children's reach; and if a child goes missing, check the inside and trunk of all cars in the area immediately.
The National Safety Council advises parents to stick to a routine and avoid distractions while driving. The organization also suggests teaching children that cars are not play areas.

A year of COVID-19: What was going on in the US in March 2020
Capitol Police ask that National Guard stay for another 60 days
Rep. Chris Smith asks Pelosi to investigate ‘tainted’ food allegedly harming National Guard members
Lawmakers grill officials on Jan. 6 timeline for deploying National Guard to Capitol
Michelle Obama speaks out about Biden inauguration, kids’ edition of “Becoming”
‘This has been a huge mental toll’: Working moms still struggle a year into the pandemic