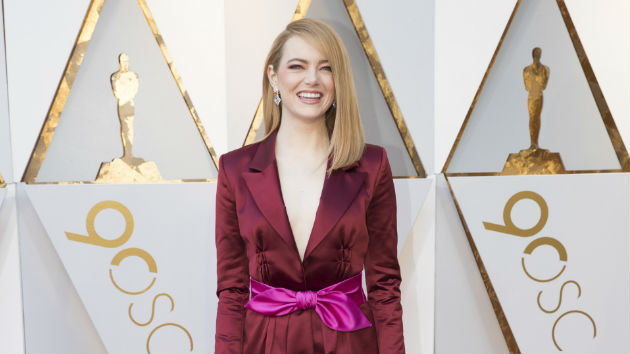 ABC/Rick Rowell(NEW YORK) — For Emma Stone, acting is more than just a job. The Oscar-winner credits performing with helping her cope with lifelong anxiety and panic attacks.
"The thing that haunts me to this day is useful in my job," she told Dr. Harold S. Koplewicz during a videotaped conversation at the Child Mind Institute on Monday.
During the half-hour long discussion, Stone, 29, described how she had her first panic attack at the age of seven.
"I was sitting at a friend’s house and all of a sudden, I was absolutely convinced that the house was on fire," she said. "I was just sitting in her bedroom, and obviously the house wasn't on fire, but there was nothing in me that didn’t think I was going to die."
Every day throughout second grade, Stone would go to the nurse's office, convinced she had a stomach bug and have to call her mother. "I had deep separation anxiety," she said.
Eventually her mom took her to therapy, where she learned that her daughter had generalized anxiety disorder and panic disorder. But her mom didn't tell young Emma this, which the actress now says she appreciated.
"I am very grateful I didn't know that I had a disorder," Stone said. "I wanted to be an actor and there weren't a lot of actors who spoke about having panic attacks."
When Stone began acting at age 11 and discovered improv, she realized for the first time that "my feelings could be productive."
Today, she manages her anxiety with therapy, meditation, being with others, keeping busy and staying off social media.
"You don't have to be actor to overcome anxiety, you don't have to be a writer to overcome it," she says. "You just have to find that thing within you that you are drawn to."