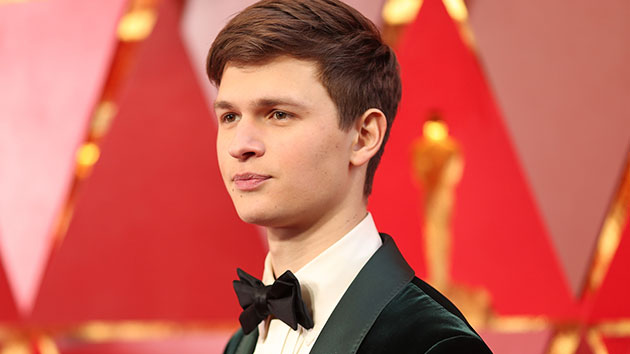 Christopher Polk/Getty Images(LOS ANGELES) — When you’re a Jet, you’re a Jet all the way. Ansel Elgort has been tapped to star as Tony in Steven Spielberg’s adaptation of the musical West Side Story, Entertainment Weekly reports.

The story is loosely based on Romeo and Juliet but set in 1950s New York, and featuresg a rivalry between white and Puerto Rican gangs. Tensions boil when Tony, a member of the white Jets, falls for Maria, the sister of the leader of the Puerto Rican Sharks.

Tony was first portrayed in the 1957 Broadway musical by Larry Kent, and by Richard Beymer in the 1961 film, opposite Natalie Wood as Maria.

The Spielberg version will begin production in summer 2019.

Elgort, who previously starred in films like Baby Driver and The Fault in Our Stars, will next be seen in The Goldfinch.

Kristen Bell shows off her dance moves to celebrate returning to work
Director Joe Carnahan on how his “dearly departed mentor” Tony Scott inspired his new Hulu movie Boss Level
Stormy weather pattern on the way for the West and the South
Spring-like weather across much of US, possible heavy snow in Rockies and parts of West
Spring-like weather from Denver to NYC as strong storm hits West with snow
THON 2021 raises over $10.6 million for fight against childhood cancer