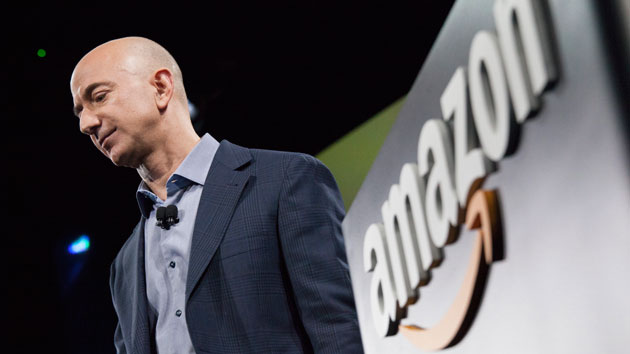 David Ryder/Getty Images(SEATTLE) — Amazon will be raising its minimum wage to $15 for all employees, the company said in an announcement Tuesday.
The $15 per hour wage will include all types of employee: full-time, part-time, seasonal and temporary.
“We listened to our critics, thought hard about what we wanted to do, and decided we want to lead,” Jeff Bezos, Amazon founder and CEO, said in a statement. “We’re excited about this change and encourage our competitors and other large employers to join us.”
The company said the wage will benefit more than 250,000 of the company's employees, and another 100,000 seasonal employees.
The federal minimum wage for the U.S. is currently $7.25, though most states have higher minimums.
California announced in October 2017 it would raise the minimum wage to $15 by 2023. New York state announced similar measures for New York City residents as part of its 2016-17 budget, with large companies — more than 11 people — mandated to raise their wages to $15 by the end of 2018. Washington state has the highest minimum wage in the country at $11.50 per hour, and Seattle, like New York City, has implemented a $15 minimum.
Amazon, which became just the second company ever to cross $1 trillion in worth as company earlier this year, said it plans to push the federal government to increase the minimum.
“We will be working to gain Congressional support for an increase in the federal minimum wage. The current rate of $7.25 was set nearly a decade ago,” Senior Vice President of Amazon Global Corporate Affairs Jay Carney said in a statement. “We intend to advocate for a minimum wage increase that will have a profound impact on the lives of tens of millions of people and families across this country.”
Copyright © 2018, ABC Radio. All rights reserved.