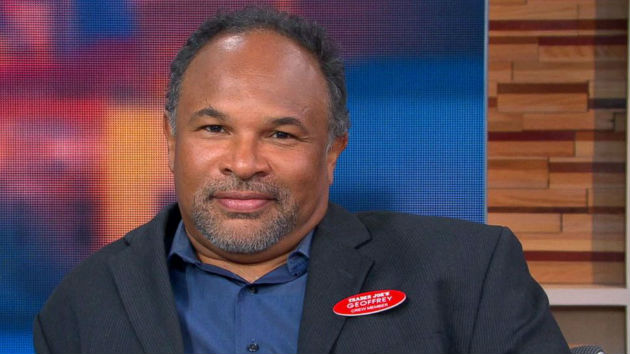 ABC(LOS ANGELES) — After being job-shamed online for working at Trader Joe's, former Cosby Show star Geoffrey Owens about the uptick his professional life has taken since.

"There's no job that is better than another. They might pay better, have better benefits, but actually, it's not better," Owens said last month on Good Morning America, after a photo of him bagging groceries at went viral and garnered hateful comments.

That interview triggered an outpouring of support from fellow actors, as well as a handful of job offers, including filmmaker Tyler Perry, who cast him in his hit show The Haves and the Have Nots.

"There is a little sense of mischief, I think, to Tyler as well as generosity because, you know, I had just said, 'I don't think I would really feel comfortable getting offered work, you know, because of the situation,'" Owens said. "And darn. What does he do? He offers me work."

In fact, Perry wrote a character specifically for Owens.

"I said, 'Hmm, I got something for you. I'll write a senator in, make you a senator in this,'" Perry told GMA.

"I called him up and the next week I had written him into 11 shows," Perry added. "But when he showed up the first day, I saw him in costume, I had 20,000 more ideas running in my head for him."

Owens' debut on The Haves and the Have Nots airs tonight at 9 p.m. ET on OWN.

Trump’s tax returns given to Manhattan prosecutors
Heavy snow across Rockies and Cascades, seasonable air returns to the Gulf Coast
Sara Bareilles says Broadway prepared her for being a TV star in ‘Girls5Eva’
“I got my name back” — ‘Chappelle’s Show’ returns to Netflix, Dave reveals
‘Tough As Nails’ returns tonight for season two, hailing everyday heroes of the pandemic
Angry maskless man denied food service, returns with gun to steal fried chicken and waffles