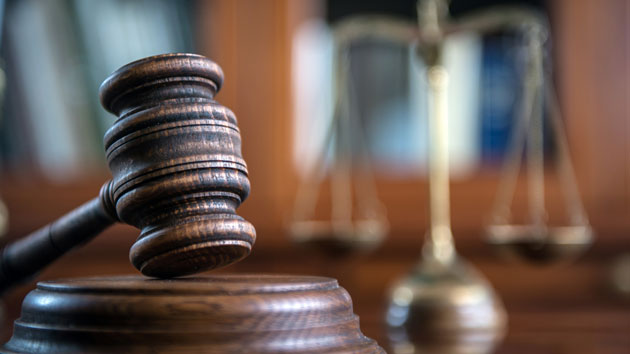 iStock/Thinkstock(WASHINGTON) — The Supreme Court begins a new term on Monday with only eight justices, with President Donald Trump’s pick to fill retired Justice Anthony Kennedy's seat stalled in the Senate.
Because Brett Kavanaugh's nomination is held up until at least Friday as the FBI investigates claims of sexual assault against him, the court will begin to hear cases with the conservative and liberal justices evenly split.
Among the questions before the court is whether inmates with medical conditions can be executed.
In one death penalty case, Madison v. Alabama, lawyers for Vernon Madison argue he can't be legally executed because he does not remember committing the crime. Madison, 67, was convicted of shooting and killing a Mobile, Alabama police officer in 1985, but since going to prison, he has had multiple strokes and developed dementia. His lawyers say he has no memory of what happened.
He was scheduled to be executed in January 2018 but the Supreme Court granted a stay. A federal appeals court found in 2016 that Madison could not be executed because he was not competent to understand his crime.
A second death penalty case concerns the method of execution and whether a state has to consider an alternative when an inmate has a medical condition. Russell Bucklew was sentenced to death in Missouri in 1997 after being convicted of murder, raping and killing his ex-girlfriend and shooting a Missouri state trooper.
Bucklew's lawyers argue that because he was born with vascular tumors on his head, neck and throat, lethal injection drugs could cause severe side effects amounting to cruel and unusual punishment.
He has been scheduled for execution twice before, earlier this year and in 2014, but the Supreme Court intervened both times.
On the policy side, the court is set to hear a case that could limit protections for endangered species. It involves the habitat for the dusky gopher frog, an endangered species that lives around the Mississippi River.
In 2001, the U.S. Fish and Wildlife Service designated the frog as critically endangered and in 2012 designated part of the area where it lived as protected habitat. But the company that owns some of the protected land, the Weyerhaeuser timber company, has challenged the designation.
The company argues that land can't be designated as habitat if the species being protected doesn't currently live in that area.
The government has previously designated areas as protected where an endangered species does not yet live in order to give it room to expand. But some landowners argue that is government overreach.
Multiple companies have weighed in on case as well as environmental advocacy groups including the Center for Biological Diversity.
Under the Trump administration, the Fish and Wildlife Service has proposed changes to the Endangered Species Act that environmental groups say would limit plans to help endangered species recover by including land where the animal doesn't live.
Copyright © 2018, ABC Radio. All rights reserved.