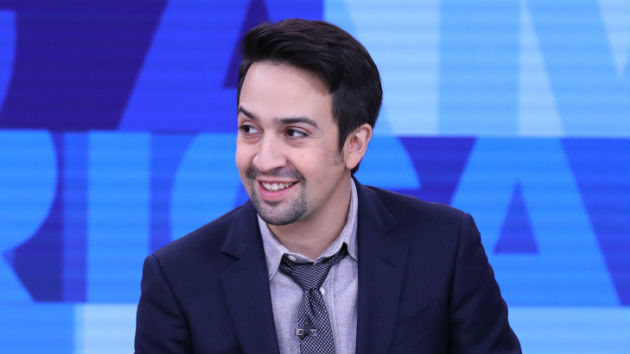 ABC/Heidi Gutman(PUERTO RICO) — Lin-Manuel Miranda is returning to Hamilton for a good cause.

People reports Miranda will be reprising the role of Alexander Hamilton for 24 performances of his Tony award-winning musical at the University of Puerto Rico, as a way to help bring joy to the island as it continues to recover from Hurricane Maria.

Miranda's also co-launching The Flamboyan Arts Fund, an organization dedicated to sustaining the arts in Puerto Rico. All profits from the Hamilton performances in Puerto Rico will go towards the fund.

“Time is of the essence,” Miranda says in a video exclusively on People. “It’s a struggle to be an arts organization anywhere, particularly on an island that’s been hurt by one of the worst hurricanes in history.”

He adds, “I believe art helps us survive…We can’t wait for Puerto Rico to recover to then support the arts because there is no telling when that will be. We need to support the artists who are out there now. We need to have their backs.”

If you donate $10 to The Flamboyan Arts Fund on Prizeo.com/Ham4PR now, you’ll be entered to win two VIP tickets to opening night of Hamilton in Puerto Rico on January 11, as well as round-trip airfare, a hotel stay and tickets to the opening night after-party.

Miranda wrote Hamilton and starred in the title role on Broadway from 2015 to 2016.