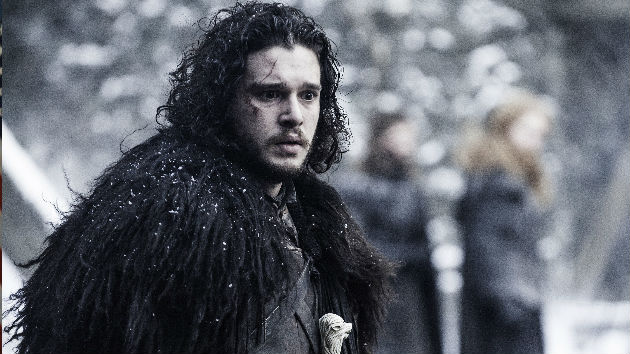 Helen Sloan/courtesy of HBO
Posted on October 1, 2018 by ABC News

Helen Sloan/courtesy of HBO(LOS ANGELES) — Game of Thrones fans were disappointed when Jon Snow's faithful direwolf, Ghost, didn't make any appearances in the show's seventh season. But here's the good news: He'll be re-appearing in the show's forthcoming final season.

Speaking about the new season, the show's visual effects supervisorJoe Bauer tells HuffPost, "Oh, you’ll see [Ghost] again. He has a fair amount of screen time in Season 8. He does show up.”

As for why Ghost, er, ghosted last season, Bauer says that it's hard to work with actual wolves, which are used as stand-ins for the Stark family's direwolves and then made to appear larger through special effects.

"The real wolves only behave in certain ways,” he explained, noting that working with them is “a bit limited.” In the show, Ghost, as well as Arya's direwolf Nymeria, is still alive, but the other Stark kids' wolves are dead: Sansa's Lady, Robb's Grey Wind, Rickon's Shaggydog and Bran's Summer.

While Bauer didn't say whether or not Nymeria would appear again, he says of Ghost, "[He's] very present and does some pretty cool things in Season 8."

Eddie Murphy, Arsenio Hall, and cast share their ideas for a third installment of ‘Coming to America’
When will life return to normal? Experts consider what summer, fall might look like
WandaVision’s Paul Bettany proves to be fan trolling king with finale “cameo” talk
Spouses Kristen Bell and Dax Shepard get together for NBC’s ‘Family Game Fight’
‘Tenet’ finally coming to theaters in New York City
Thinx’s new underwear line coming to Target and CVS