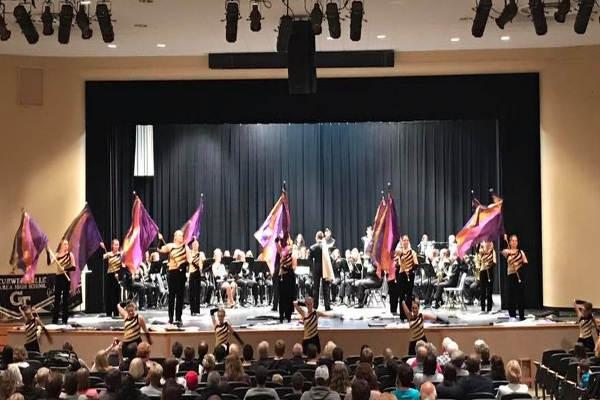 Curwensville, PA – A local marching band helped raised thousands of dollars in honor of their football coach for ALS research.

Andy Evanko is the head football coach for Curwensville High School, and he was diagnosed with ALS (also known as Lou Gehrig’s Disease) three years ago.

The band held a benefit concert on Saturday, with all of the proceeds going to the Penn State Hershey Medical Center’s ALS program.

With lots of help from the community, Curwensville raised $2,601.76 for research.

Although ALS research got a big boost in donations over the past few years from things like the Ice Bucket Challenge, there is still a long way to go.

ALS weakens the nervous system and makes it difficult to move. Although there are treatments available that can make life easier, there is still no cure for ALS.

The Curwensville band and the football team say they’re proud to be able to support not just Coach Evanko but also all of the local patients suffering from the disease.

Learn more about ALS and the research being done at the Penn State Hershey Medical Center’s ALS Program website.

Learn more about the Curwensville Gold Tide Marching Band at their Facebook page.