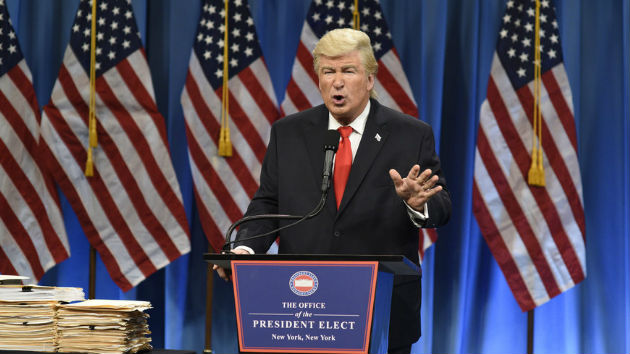 Will Heath/NBC(NEW YORK) — Alec Baldwin, who plays President Trump on SNL, has some choice words for Kanye West, who went on a non-televised pro-Trump rant following his performance on SNL Saturday.

Baldwin posted a five-part message to the rapper on Twitter Monday.

He begins, “Dear Kanye, Your support of Trump is certainly your right. And the expression of any political ideas and support of candidates, so long as the violation of individual rights is not involved, can only strengthen our system.”

“But I believe that many people, perhaps most people in America, are either on to you or don’t care,” Baldwin continues. “U are a rich entertainer. A man with tremendous wealth and a wide audience who appears to have adopted Trump’s belief that wealth and celebrity alone are signs of character.”

Baldwin goes on to say that “wealth and celebrity are never signs of character” and that as artists, they have a pact to “give our careers, our lives, serving the audience’s thirst for truth and beauty.”

Baldwin concludes, “In an often ugly world, filled w bargaining away our own best interests, we owe them that dedication. They rely on us for that. Your support of Trump is an abdication, a betrayal of that pact.”