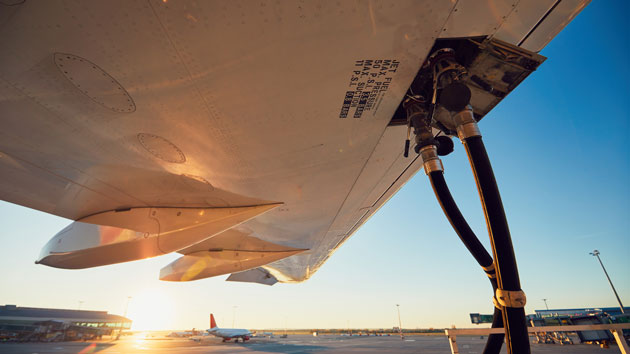 iStock/Thinkstock(GREENVILLE, S.C.) — Two people were killed and two more were hospitalized after a small plane crashed at an airport in Greenville, South Carolina, according to authorities.
"A Falcon 50 aircraft ran off the end of Runway 19 and through the airport perimeter fence at the Greenville Downtown Airport today at 1:45 p.m.," the Federal Aviation Administration said in a statement Thursday.
Greenville Fire Chief Steve Kovalchik told reporters that the aircraft caught fire after running off the end of the runway and that the small fire had been contained.
"This is a real, real bad automobile accident … with a whole lot of fuel so it becomes a little more complicated," he said.
An image from the scene showed the plane cracked in half with the nose sitting on a roadway outside of the airport.
Kovalchik said four people were on board the plane at the time of the crash.
Two men appeared to have died from blunt force injury. One died at the scene and the other died at a hospital, the Greenville County coroner said Thursday. He added that two other people were being treated at a hospital.
The coroner said authorities were working to identify all four passengers as well as next of kin.
Copyright © 2018, ABC Radio. All rights reserved.