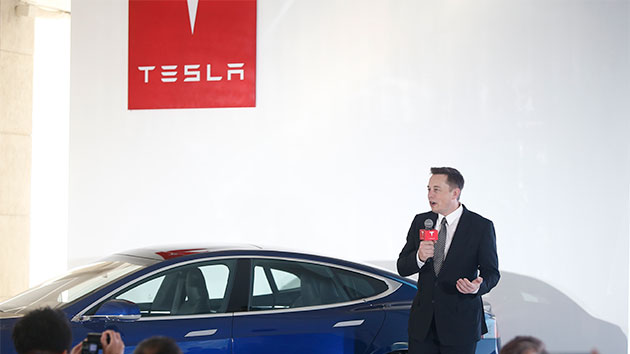 VCG/VCG via Getty Images
Posted on September 28, 2018 by ABC News

VCG/VCG via Getty Images(NEW YORK) — When the U.S. Securities and Exchange Commission sued Tesla CEO and chairman Elon Musk for securities fraud on Thursday, it marked the beginning of a “challenging period” for the tech billionaire and the company he founded, experts said.

The SEC brought charges against Musk personally, attempting to bar him from serving as an officer or board member of a publicly traded company, which would mean he’d be ousted from his chief executive job at Tesla and potentially at SpaceX, if the privately owned space travel company ever goes public.

Late Thursday, Tesla issued a statement supporting its founder and CEO, which said: “Tesla and the board of directors are fully confident in Elon, his integrity, and his leadership of the company, which has resulted in the most successful U.S. auto company in over a century. Our focus remains on the continued ramp [up] of Model 3 production and delivering for our customers, shareholders and employees.”

Musk denied the charges, saying in a statement, "This unjustified action by the SEC leaves me deeply saddened and disappointed. I have always taken action in the best interests of truth, transparency and investors. Integrity is the most important value in my life and the facts will show I never compromised this in any way."

However, Wall Street is concerned that potential charges against the company, a criminal probe and shareholder lawsuits could be in the works, analysts and securities law experts said.

“It’s going to be a very long and challenging period for him and the company,” Charles M. Elson, director of the John L. Weinberg Center for Corporate Governance at the University of Delaware, told ABC News. “The real concern is private suits brought by disgruntled investors.”

Tesla shares were down 13.9 percent at the close on Friday, at $264.77. But a research note published by J.P. Morgan on Friday morning put a new price target on the shares at $195.

In the note, Tesla analyst Ryan Brinkman wrote: “We see a number of negative implications for Tesla shares stemming from this latest development, the most significant of which relates to the SEC’s request that the court prohibit Mr. Musk from serving as an officer or director of any public company, including Tesla,” which would cause the company's share price to drop.

“Beyond this ‘key man risk’ concern (which we believe is of vital importance) we also see a number of other risks, including the potential for decreased confidence in the company on the part of investors, consumers and suppliers,” Brinkman wrote.

The fraud charges originate from an Aug. 7 tweet Musk sent about taking his publicly traded company private, which said: "Am considering taking Tesla private at $420. Funding secured." The SEC charges that Musk knew or was reckless in not knowing that he made false or misleading charges about taking the company off the public exchanges.

“Musk calculated the $420 price per share based on a 20 percent premium over that day’s closing share price because he thought 20 percent was a ‘standard premium’ in going-private transactions,” resulting in a price of $419, according to the lawsuit, which was filed in U.S. District Court in Manhattan.

To make matters worse, “Musk stated that he rounded the price up to $420 because he had recently learned about the number’s significance in marijuana culture and thought his girlfriend ‘would find it funny, which admittedly is not a great reason to pick a price,’” the suit says.

"It's so straightforward. That's the problem. He said 'I have the funding,' they say he didn't," Elson said. "The conduct is so obvious, if the SEC hadn't responded, it would make you wonder, what's the point of the SEC?"

And Just Like That… Chris Noth hints Mr. Big could be heading to the ‘Sex and the City’ reboot
NRA is ‘out of ammo’ as it faces a legal mess of its own making, many experts say
Another storm heading to snow-slammed South, vaccinations disrupted in Texas, Florida: Latest
Another storm heading to snow-slammed South: Latest forecast
Capitol siege, impeachment trial show how trauma hits people differently, experts say
COVID-19 could become a seasonal illness like the flu, experts say