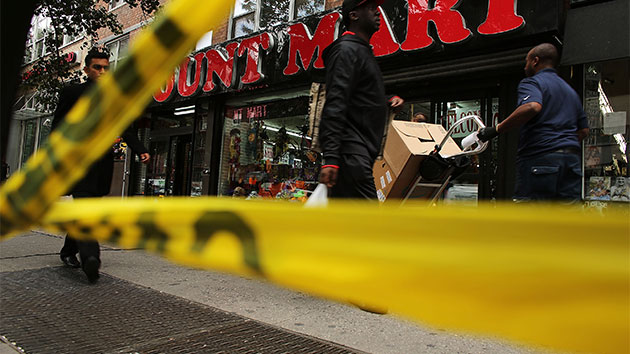 Spencer Platt/Getty Images(NEW YORK) — Mexican authorities have arrested the suspect in the 2012 stabbing murder of a youth soccer coach in New York City.

Orlando Orea, 38, was captured in the Mexican state of Puebla on Wednesday, according to the Mexico's Attorney General's Office. During the arrest, Orea shot three Mexican police officers, killing two of them, officials said.

Orea is accused of fatally stabbing 25-year-old New York Red Bulls youth soccer coach Michael Jones in Union Square in the early morning hours of Oct. 7, 2012. Surveillance video of the attack Jones and his attacker talking moments before the suspect began stabbing Jones multiple times in the chest and neck.

Jones' ear was cut off as well, and he was left to die on the sidewalk, the video showed.

Authorities were close to arresting Orea when he fled the country days after the shooting, ABC New York station WABC reported. Once investigators discovered his name, they placed him on a no-fly list, but he had already paid cash for a last-minute Aeromexico flight out of John F. Kennedy International Airport.

Federal agents went to serve Orea with an arrest warrant for provisional extradition when he opened fire on Wednesday, officials said, prompting a manhunt by Mexican police and troops.

The next day, Orea was armed with two guns when he was captured but was detained without incident, according to officials. He was then transferred to Mexico's Federal Public Ministry.

Orea's extradition to the U.S. will take some time now that he faces charges on the murders of the two law enforcement officers in Mexico, Shea said.

Jones, a native of Liverpool, England, was coaching his fifth season for the New York Red Bulls' youth training program. The organization described Jones as a "fantastic coach who loved soccer and a terrific friend" in a statement after his death.

Investigators did not think the motive was robbery, since Jones' wallet and phone were found at the scene, according to WABC-TV.