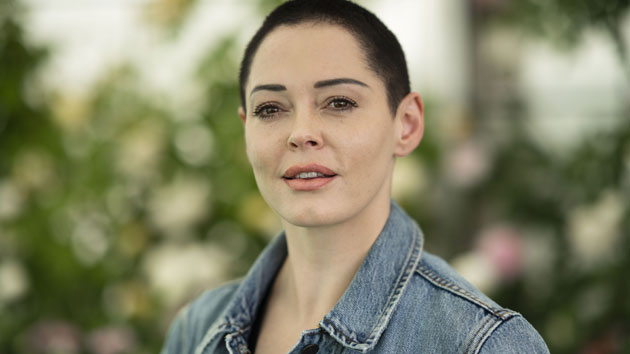 David Levenson/Getty Images(NEW YORK) — Rose McGowan has apologized to Asia Argento over remarks she made following reports that surfaced in August alleging Argento paid off actor Jimmy Bennett for keeping quiet about an alleged sexual assault in 2013, when Bennett was 17.

“On 27 August I released a statement about Asia Argento, which I now realized [sic] contained a number of facts that were not correct," McGowan tweeted Thursday. "The most serious of these was that I said that the unsolicited nude text messages Asia received from Jimmy Bennett had been sent since Jimmy was 12 years old. In fact, I had misunderstood the messages that Asia exchanged with my partner Rain Dove, which made clear that Jimmy had sent Asia inappropriate text messages only after they met up again when he was 17 (still legally a minor in California, but notably different from a 12 year old).

“I do not feel that it is my place to comment further on what happened at the Ritz Carlton in Marina del Rey hotel in May 2013, save to say that I now appreciate that it was not as I thought it was previously," McGowan continued.

Added McGowan, “In my statement, I challenged why Asia had not acted as I think any responsible adult would if they received sexually explicit messages from a 12 year old, which of course do not apply in the same way as when the situation involves a 17 year old, who had admitted harboring misguided fantasies about their mentor since they were 12.

“I deeply regret not correcting my mistake sooner and apologize to Asia for not doing so,” she concluded.

In a response to the post, Argento seemed to accept the apology but criticized McGowan for waiting so long to send it.

“Although I am grateful to @rosemcgowan for her full apology following her groundless allegations about me, if she had issued it earlier, I may have kept my job on X-Factor and avoided the constant accusations of paedophilia which I have been subjected to in real-life and online,” wrote Argento, adding, “Now go on, live your life and stop hurting other people, will you Rose? Best wishes.”