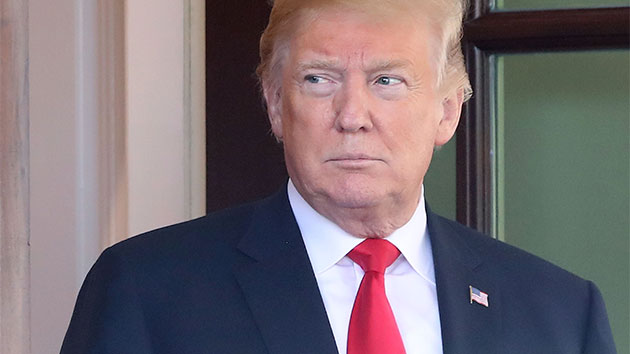 Mark Wilson/Getty Images(WASHINGTON) — A federal judge has given congressional Democrats a green light to pursue their lawsuit against President Donald Trump that argues under the Constitution, Congress must consent to all foreign payments, or emoluments, he gets to his businesses, including his Trump International Hotel in Washington, D.C.

The judge’s order, and a similar case in Maryland, could give Democrats a way get hold of President Trump’s tax returns through pre-trial discovery. Democrats say the documents could shed light on possible conflicts of interest involving the president, his foreign business deals, and even Russian efforts to interfere in the 2016 election. The president would likely fight any such efforts.

On Friday, federal judge Emmett Sullivan ruled that about 200 congressional Democrats “have standing to sue the President for allegedly violating the Foreign Emoluments Clause of the United States Constitution.”

The clause at issue states, “And no Person holding any Office of Profit or Trust under them, shall, without the Consent of the Congress, accept of any present, Emolument, Office, or Title, of any kind whatever, from any King, Prince, or foreign State.”

In other words, the Democrats argue, members of Congress must vote to consent to whether a president can keep a gift or thing of value from a foreign power, and they couldn't do so if they didn't know about the payments.

“This ruling is really a major breakthrough,” Sen. Blumenthal said Friday afternoon. “It enables us to hold the president accountable for taking huge payments, benefits, or gifts from foreign governments.”

Foreign government guests have frequently stayed at the Trump hotel in Washington.

The president’s lawyers have argued the Democrats lack standing to bring the case and have other legislative options, including impeachment. The judge disagreed.

President Trump faces another emoluments case in Maryland, where the state’s attorney general has alleged that local state businesses have suffered as a result of the president’s decision to permit his family business to do business with foreign customers, specifically citing the Trump International Hotel in Washington.

A federal judge in Maryland allowed that case to move forward in July.