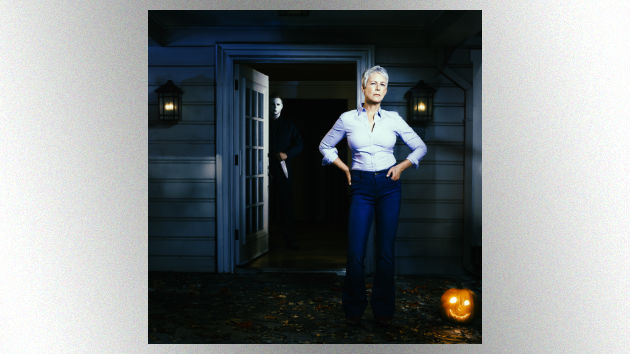 Andrew Eccles/Universal Pictures(HOLLYWOOD) — In a new cover story for Entertainment Weekly, Jamie Lee Curtis explains how her new Halloween sequel has evolved since the original film in 1978.

This time around, Curtis’ Laurie Strode takes on masked murderer Michael Myers with the help of her daughter and granddaughter. She says the film — directed by David Gordon Green and co-written by Green, Danny McBride and Jeff Fradley — is a reflection of the changing times.

“I do not believe that when David and Danny and Jeff were writing this, they were looking at it as a way of incorporating the #MeToo movement into this retelling or revisiting of this story,” she tells EW.

“I think it is the natural occurrence of a zeitgeist, of a change, of a shift in thought and action which comes from these moments of tremendous cultural change.”

Curtis, whose character is suffering from PTSD in the film, says the Halloween sequel will be part of the growing chorus of women reclaiming their own stories.

“I didn’t realize it until we were making it, and I realized what Laurie was doing, and that’s very powerful,” she says.