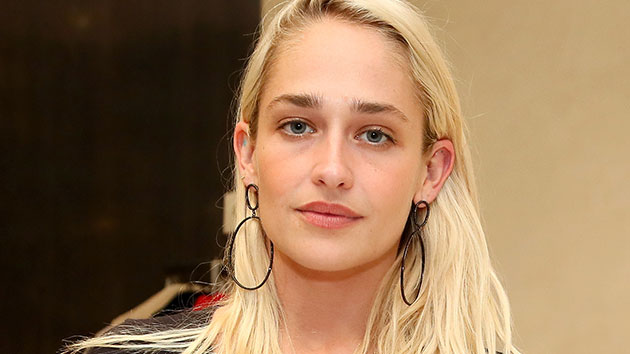 “When I was 22 I was raped by my drug dealer,” she wrote in a statement on social media. “After I kindly asked him to leave (I didn’t want to make him angry), I dragged myself to the hospital.”

Kirke continued, “After the various STD tests, the doctor said sympathetically, ‘You gotta start looking after yourself.’ I believed what he meant was, ‘This could have been prevented if you weren’t hanging out with a drug dealer.’ It would seem that the responsibility was on me and for this reason I didn’t tell anyone and I didn’t report it.”

Jemima explained, “I was ashamed because I believed that what had happened to me was a result of having very little self-worth, that this was what happens to drug addicts. This is wrong.”

“My rape had nothing to do with my choices," Kirke continued. "Drug dealers don’t rape people anymore than a family man does. The rehab counselors didn’t correct that belief. My own mother didn’t correct it. F*** anyone who meant well but told me to look at this ‘as a sign’ that I needed help.”

Several other celebrities have come forward with their experiences in recent days, including Busy Philipps, who revealed she was raped at age 14, and Modern Family’s Sarah Hyland, who said she was sexually assaulted by a friend in her senior year of high school.

NFL star Aaron Rodgers says ‘being a father’ is his ‘next great challenge’
MLB All-Star reveals why he’s opting out for 2021 season amid $70M contract
Regé-Jean Page to star alongside Chris Evans and Ryan Gosling in new movie
“I was an f-up” Tim Allen opens up on decades old drug arrest
‘Degrassi: The Next Generation’ star Jahmil French dead at 29
‘iCarly’ star Jennette McCurdy quits acting: “I resent my career in a lot of ways”