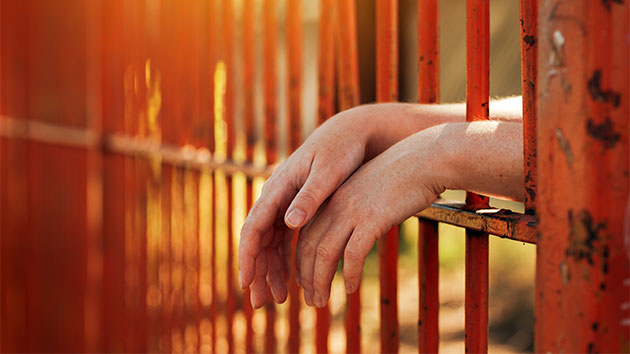 iStock/Thinkstock(NEW YORK) — A government watchdog agency is pointing to systemic problems in the way federal prisons treat the women in their custody.

In a review of the Federal Bureau of Prisons’ management of its female inmates, the Department of Justice’s Office of Inspector General concluded that the bureau “has not managed female inmates strategically” and “needs to take additional steps … to ensure that female inmates needs are met at the institutional level.”

The report was particularly critical of the BOP’s decision to transfer women from a once all-female facility in Connecticut — the model for the prison in the hit Netflix series “Orange is the New Black” – to a Brooklyn facility where they faced continued sexual abuse at the hands of correctional officers.

“The BOP is the largest prison system in the country and when we look at the IG report, it shows that they are not doing the basic requirement needed to keep women safe and healthy,” said Amy Fetting, deputy director of the National Prison Project at the American Civil Liberties Union. “The federal prisons are in crisis, for both men and women.”

The IG’s “Review of Federal Bureau of Prisons’ Management of Its Female Inmate Population” was conducted over the course of a year and was based on interviews with more than 200 inmates and staff located at 12 different prisons around the country.

More than 10,000 women are held at federal prisons in the United States – about seven percent of the total federal inmate population of about 146,000.

BOP created its first policy on managing the needs of female inmates in 1997, but according to the IG, there was no way to make sure prisons were complying. In 2016, the BOP released a more comprehensive guide, but ensuring compliance remains a problem.

The IG, determined that its “programming and policy has not fully considered the needs of female inmates, which has made it difficult for inmates to access certain key programs and supplies.”

The report highlighted the case of a group of women from Federal Correctional Institution at Danbury, Conn., who were moved to the Metropolitan Detention Center in Brooklyn in March 2014 while the Connecticut site was renovated to accommodate male inmates.

The Danbury facility is a minimum-security prison known for having housed celebrities like musician Lauryn Hill and reality television star Teresa Giudice. Hill pleaded guilty in 2012 for tax evasion and Giudice in 2014 for committing bankruptcy fraud.

According to the report, the women moved to MDC faced a host of serious problems during their stay, which was supposed to last for only 18 months but in fact extended to nearly three years, with investigators finding that “during the time that sentenced female inmates were assigned to MDC Brooklyn, multiple custody staff sexually assaulted female inmates.”

A related IG probe led to the convictions of two Brooklyn BOP lieutenants and a correctional officer on a host of sex-related charges. According to the IG, six other prison staffers from five different BOP institutions around the country also pleaded guilty to sexual abuse of inmates since 2016.

If they needed more, they would have to ask a counselor or get permission from a corrections officer to go to health services. In some instances, investigators found inmates were questioned about why they needed more products.

Jennifer Weiss-Wolf, vice president of New York University’s Brennan Center for Justice, said “lack of access to menstrual products has psychological consequences on women. It’s heartening to know that this issue is warranting an IG review.”