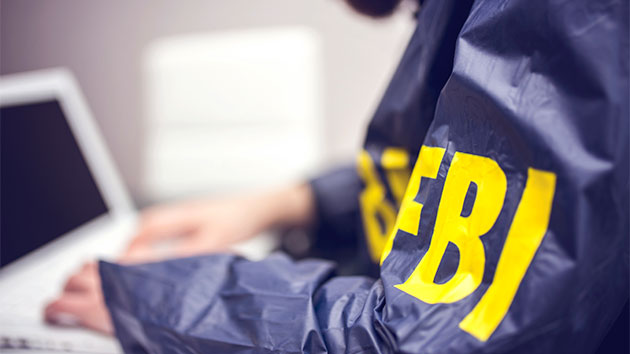 iStock/Thinkstock(WASHINGTON) — The Federal Bureau of Investigation has entered "uncharted territory" with the reopening of the background investigation into Supreme Court nominee Brett Kavanaugh, according to an expert.

On Friday, President Donald Trump ordered the FBI to reopen the background check into Kavanaugh after the Senate Judiciary Committee requested the president to make the request for a "supplemental" investigation with a week-long deadline.

Now, the FBI is likely "organizing their resources to ensure that every field office and every agent is available to conduct" the investigation within a week, said ABC News contributor and former FBI Special Agent in Charge Steve Gomez.

The investigation would be limited to the "current credible allegations," according to the statement from the Senate committee. That classification would fall under "any kind of allegation where there are witnesses that can be interviewed and any kind of information that can be gathered to determine whether the allegations are true or false," Gomez said.

Agents will conduct interviews, complete database checks and research people's criminal histories and any kind of civil litigation they've been involved with in the past, Gomez said, describing the background check as a "special operation." The interviews will be confidential and conducted by professionals who are experts with these types of allegations, he said.

"They are going to pursue every lead, every bit of information possible that comes up in the interviews so they are not going to stop until it’s done because this will now be raised to the highest priority category of investigation," he said.

These type of background checks are "very high priority" for the FBI, Gomez said. Both the bureau and the White House recognize that "time is of the essence" especially with the midterm elections coming up, the former special agent-in-charge said.

Gomez described the reopening of the investigation as a "political football game" that will likely "not have a resolution for both sides.

Still, Gomez supports the White House's and Senate committee's decision to request it.

"I think this is a good thing that they are going to conduct this investigation because clearly, everybody wants to know what happened amongst the recollections of those four to five people that were allegedly there at the party," he said. "So, it’s a question of what do they remember and what are they going to say in the FBI interviews."

On the Senate floor Friday, Arizona Sen. Jeff Flake pushed for a delay of the full Senate vote. The motion came hours after protesters confronted him in a Capitol Hill elevator moments after he announced he would vote "yes" to confirm Kavanaugh.

"What you are doing is allowing someone who actually violating a woman to sit on the Supreme Court," one woman told Flake. "This is not tolerable."

The attorney representing Dr. Christine Blasey Ford, the woman accusing Kavanaugh of sexual assault when they were in high school, said they appreciate the efforts of the senators who have supported that the FBI investigation be completed ahead of the Senate vote.

"A thorough FBI investigation is critical to developing all the relevant facts," said Debra Katz in a statement.

Katz appeared to take an issue with the deadline, saying "no artificial limits as to time or scope should be imposed on this investigation."

On Thursday, the Senate Judiciary Committee heard explosive testimonies from Kavanaugh and Ford. Kavanaugh's confirmation will be finalized once the full Senate vote occurs.