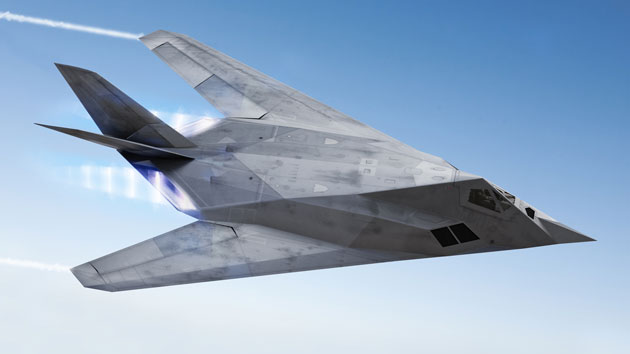 iStock/Thinkstock(BEAUFORT, S.C.) — A Marine F-35B joint strike fighter has crashed close to Marine Corps Air Station Beaufort in Beaufort, South Carolina — marking the first-ever crash of the costly stealth aircraft, which will become the main fighter aircraft for the Marine Corps, Air Force and Navy, a military official confirms.
Officials say the pilot safely ejected. He's being evaluated for injuries, the local sheriff's office said.
Capt. Bob Bromidge, with the Beaufort County Sheriff’s Office, also confirmed to ABC News that a Marine Corps aircraft had crashed in a rural part of Beaufort County.
"The Marine Corps confirmed that it was one of theirs,” Bromidge told ABC News.
The Marine Corps version of the F-35 is able to take off and land vertically.
On Thursday, a Marine F-35B fighter carried out the first combat airstrike by the American version of the costly fighter.
The airstrike occurred in Afghanistan and involved a Marine F-35B "Lightning II" that had taken off from the U.S. Navy amphibious assault ship USS Essex, which was operating in the East Arabian Sea.
Few details were released about the airstrike other than it was "in support of ground clearance operations."
The airstrike a major milestone for the advanced stealth fighter, which is the costliest U.S. military fighter ever manufactured. Estimates have been that the overall cost of the program will be about $350 billion.
On Friday, the Pentagon announced that the latest contract with the aircraft's maker Lockheed Martin had resulted in the lowest prices yet for the aircraft.
The price for the Air Force version of the F-35 will go down to $89.2 million from $94.3 million. Marine F35-B will cost $115.5 million and the Navy F-35C will cost $107.7 million.
Copyright © 2018, ABC Radio. All rights reserved.