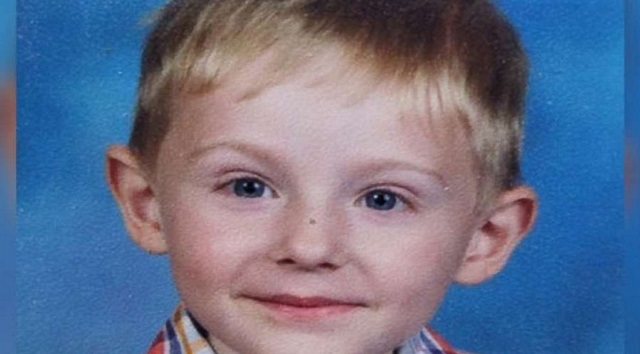 WSOC(GASTONIA, N.C.) — Thursday marks day six of the desperate search for 6-year-old Maddox Ritch, who mysteriously vanished in broad daylight in a North Carolina park Saturday.
As investigators continue to scour the area, former FBI agent Brad Garrett says he is left wondering, "Where in the world could this child be?"
"The biggest concern with any child of tender age being gone for days is their ability to survive,” Garrett, now an ABC News contributor, said Thursday. “Is anybody taking care of him? Has somebody harmed him? Or is he alone in the woods someplace?
“How do you sort of disappear off the face of the earth at that point if you're a 6-year-old child?"
Maddox, who has autism and does not talk, was at Rankin Lake Park in Gastonia with his father, Ian Ritch, and another adult when he started sprinting roughly 25 to 30 feet ahead of his father, Ritch told reporters.
"I feel guilt for letting him get so far ahead of me," Ritch told reporters.
The boy has diabetes and neuropathy in his feet that can make it difficult for him to run, his father said.
"As soon as I got to the point where I couldn’t see him anymore, I started panicking," Ritch said.
Ritch notified a park employee, who called 911, and state and federal authorities soon descending on the scene.
Investigators have checked dumpsters, scoured the grounds with police dogs, searched the park's lake using sonar and divers and scanned the area with helicopters and drones.
Authorities have also recorded messages from Maddox's parents and are playing those messages in the woods in the hopes that their voices will persuade him to come out if he's there.
Authorities are pleading with anyone who was at the park that day to come forward, and Garrett said any witness can be key to piecing together the timeline of what happened that day at the park.
Garrett also suggested that authorities analyze surveillance video from the park parking lot and nearby intersections.
Another concern is foul play.
"It's certainly logical as time goes on that somebody has grabbed him. That could be a stranger, I suppose that could be somebody that Maddox knows," Garrett said.
Investigators may also check for any sex offenders living in or around Gastonia to see where they were when Maddox disappeared and whether they themselves are now missing, Garrett said.
"Maddox is my whole world and my reason for living," the little boy's mother, Carrie Ritch, told reporters Tuesday.
"If you were at the park Saturday and saw Maddox … please, urgently, please call the tip line," she said through tears. "I want my baby back in my arms."
Anyone who was at the park Saturday is asked to call 704-869-1075. A $10,000 reward is being offered.
"We have spoken to many people who were there but we want to make sure we talk to them all," Gastonia Police Chief Robert Helton said. "No piece of information is too small. Something you may think is insignificant could be helpful to our case."
Maddox has blond hair and blue eyes, weighs 45 pounds and is 4 feet tall, police said. He was wearing black shorts, closed-toe sandals and an orange T-shirt that reads "I am the Man" at the time he went missing, according to police.