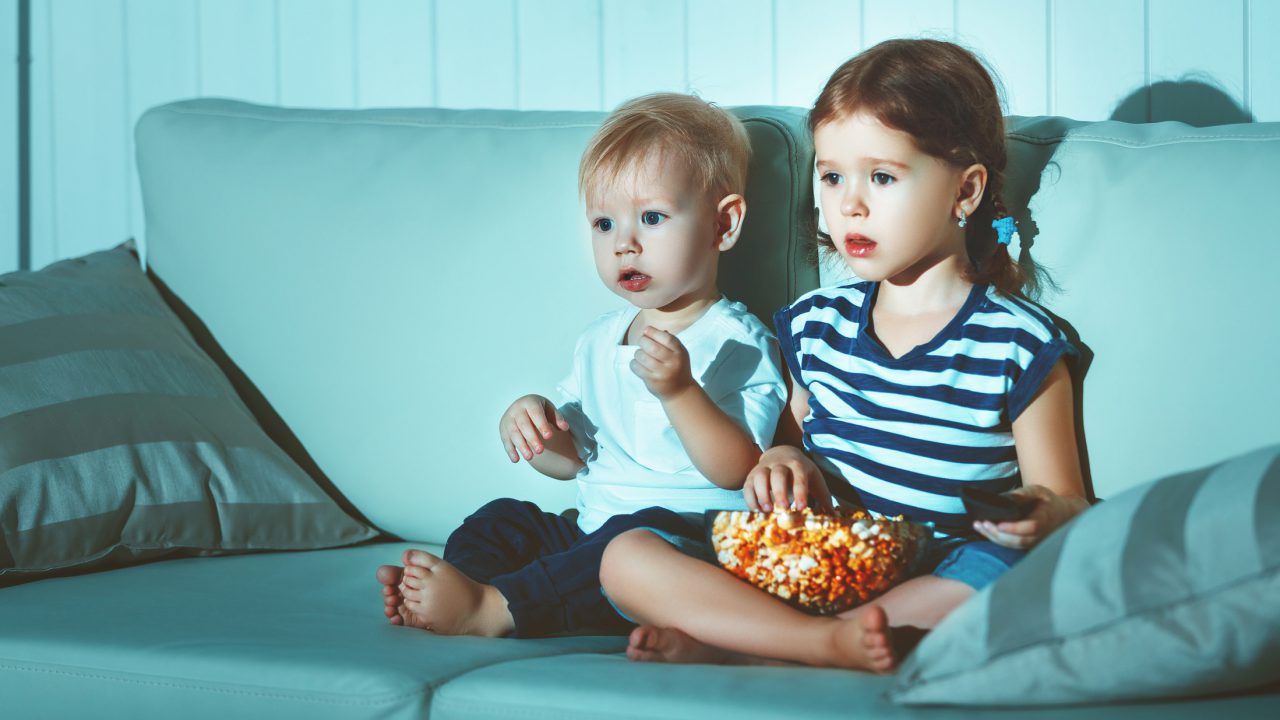 (NEW YORK) — The average American child spends 3.6 hours staring at a computer, television, tablet, or smartphone daily — an amount of screen time associated with inferior cognitive development and academic performance, according to a new study of over 4,500 children between the ages of eight and 11 published yesterday in The Lancet Child & Adolescent Health.
The study was conducted by Canadian researchers, but examined children in the U.S. using the Canadian 24-Hour Movement Guidelines for Children and Youth. Those guidelines recommend that children get nine to 11 hours of uninterrupted sleep, less than two hours of screen time and at least one hour of physical activity every day. The children who scored best on tests for assessing language abilities, memory, executive function, attention, and processing speed met those sleep, screen time and activity benchmarks.
Nineteen out of 20 children in the U.S. failed to meet the lifestyle benchmarks. While about half met the sleep recommendation, only 37 percent met the guideline for limited screen time and 18 percent met that for physical activity.
In their findings, researchers accounted for a variety of other factors known to contribute to cognition, including household income and education levels.
Improvements in cognition were associated with each additional recommendation met, with limited screen time and sleep having the strongest correlation to improvement. The physical activity guideline on its own demonstrated no association. This was surprising, according to the authors, and it may suggest that the physical activity measure may not have been specific enough.
While these statistics themselves are alarming, their ramifications may be even more worrisome.
“Evidence suggests that good sleep and physical activity are associated with improved academic performance, while physical activity is also linked to better reaction time, attention, memory, and inhibition,” Dr. Jeremy Walsh, the study’s lead author and a postdoctoral fellow at the University of British Columbia, said in the study’s press release. The relationship between recreational screen time and cognitive development has historically been less clear, and this type of research is in early stages, he said.
Dr. Eduardo Esteban Bustamante, an assistant professor of kinesiology and nutrition at the University of Illinois at Chicago who was not directly involved in the research, suggested that the study’s findings about screen time may reflect interruption of important childhood growth cycles involving stress related to physical activity and recovery from sleep.
“Each minute spent on screens necessarily displaces a minute from sleep or cognitively challenging activities,” Dr. Bustamante wrote in a commentary that accompanied the study. “In the case of evening screen use, this displacement may also be compounded by impairment of sleep quality.”
In his commentary, Dr. Bustamante likens the problem of screen time to the challenge of the childhood obesity epidemic, and said that both have been propagated by their profitability to industry, convenience to parents, and pleasure for children. He warns that, in that sense, the new study’s findings “are a potential canary in a coal mine. If we are to do a better job of protecting children’s minds than their bodies, we will need to be better scientists and citizens than we have been.”
According to the study’s authors, additional research is needed to better understand the effects of different kinds of screen time on cognition, and they point out that given the study’s observational nature, it does not prove a causative link between screen time on cognition. Nevertheless, the findings suggest that “pediatricians, parents, educators, and policymakers should promote limiting recreational screen time and prioritizing healthy sleep routines throughout childhood and adolescence,” Dr. Walsh said.
Nicky Mehtani is an internal medicine physician at Johns Hopkins Hospital and a part of the ABC News Medical Unit.