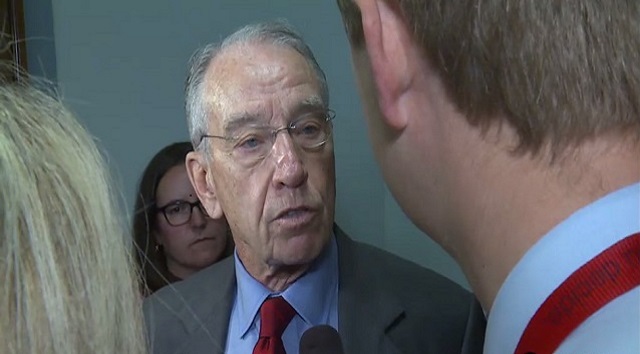 ABC News(WASHINGTON) — As the Senate Judiciary Committee prepares to hear testimony from Christine Blasey Ford, the woman who has accused Supreme Court nominee Brett Kavanaugh of sexual assault, here are four key pieces of evidence for the panel to consider:
Polygraph
On Aug. 7, Ford, 51, was given a polygraph exam in which she detailed an incident from the early 1980s in which she claims a "drunken" Kavanaugh, then a 17-year-old student at Georgetown Prep in North Bethesda, Maryland, pinned her to a bed during a house party, groped her, and tried to take off her clothes. At the time, Ford was a 15-year-old student at the all-girl Holton Arms School in Bethesda.
The polygraph, administered by retired FBI agent Jeremiah P. Hanafin, found that she was being truthful.
"Based upon this analysis, it is the professional opinion of this examiner that Blasey's responses to the above relevant questions are not indicative of deception," Hanafin wrote.
Kavanaugh's calendar
In detailed calendar pages provided to the Senate Judiciary Committee, Kavanaugh listed in green-and-white squares the activities that filled his summer when he was 17 years old — exams, movies, sports and plenty of parties.
The calendars were submitted by Kavanaugh's lawyers as evidence in response to Ford's allegations. The calendar pages are from the summer of 1982, which is when Ford says she believes the assault occurred.
In written testimony before the Senate hearing, Kavanaugh says he never had a "sexual or physical encounter of any kind" with Ford and had never done anything "remotely resembling" the conduct she describes.
The May through August calendar pages mention several parties at various houses and also a beach week, highlighted in all caps the week after his exams end. Ford says she doesn't remember where or exactly when the assault took place.
Ford's handwritten statement
In a statement written on lined legal paper on Aug. 7, 2018, as part of her polygraph exam, Ford wrote that Kavanaugh cornered her in a bedroom at the house party and "laid on top of me and tried to remove my clothes while groping me."
"He held me down and put his hand on my mouth to stop me from screaming for help. His friend Mark was also in the room and both were laughing," she wrote.
Ford has since identified Kavanaugh's friend as Mark Judge, who has denied the incident took place.
Testimonies of Ford and Kavanaugh

Republicans on the Senate Judiciary Committee, who are all white men, have retained Arizona prosecutor Rachel Mitchell, a registered Republican in charge the sex crimes bureau for the Maricopa County Attorney’s office, to question both Ford and Kavanaugh.
"I promised Dr. Ford that I would do everything in my power to avoid a repeat of the 'circus' atmosphere in the hearing room that we saw the week of September 4," Sen. Chuck Grassley, an Iowa Republican and chairman of the committee, said in a statement referring to the opening day of Kavanaugh's confirmation hearing that was interrupted numerous times by protesters.
"I've taken this additional step to have questions asked by expert staff counsel to establish the most fair and respectful treatment of the witnesses possible," Grassley said.
Thursday's hearing is scheduled to begin at 10 a.m. with Ford testifying under oath followed by Kavanaugh.