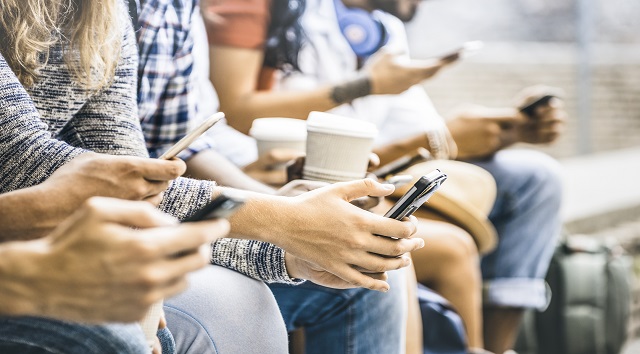 iStock/Thinkstock(NEW YORK) — A majority of American teenagers say they have been bullied or harassed online, and teenage girls are more likely to be targeted for certain types of cyberbullying, according to a comprehensive new study from the Pew Research Center.
While traditional forms of bullying have been around for as long as time, 59 percent of teens in the U.S. say they have also personally experienced cyberbullying, according to the Pew study published today.
The study defined cyberbullying as offensive name-calling, spreading of false rumors, receiving unsolicited explicit images, constant inquiries about where they are or what they are doing by someone other than a parent, physical threats or having explicit images of them shared without their consent on a computer or their phones.
The results were from taken from surveys of 743 teens (between the ages of 13 and 17) conducted between March and April of this year.
While overall boys and girls say they have been cyberbullied at similar rates (60 percent of girls, 59 percent of boys), when breaking down the different categories of online harassment, researchers found girls were more likely to be targets of online rumor-spreading and the receiving of unsolicited explicit images.
Perhaps most interestingly, however, was the finding that a majority of teens (79 percent) said they don't think elected officials are doing a good job at addressing online harassment.
The study comes as first lady Melania Trump is using her platform to speak out against cyberbullying, despite the fact that her husband has become notorious for using his Twitter handle to go at others.
At a summit last month, the first lady spoke out about her "Be Best" initiative, which focuses on children's wellness, especially related to their behavior online.
“Let's face it, most children are more aware of the benefits and pitfalls of social media than some adults,” she said, and called on adults to listen to young people about the issues they face online.
“By listening to children's ideas and concerns, I believe adults will be better able to help them navigate these often difficult topics,” Trump said. “But we still need to do all we can to provide them with information and tools for successful and safe online habits.”
If parents are concerned that their teen is being cyberbullied, stopbullying.gov, a website managed by the U.S. Department of Health and Human Services recommends they take time to investigate their child's digital behavior.
First, parents can notice if their child has had a change in mood or behavior. Next, initiate a conversation about what is happening. Document what is happening by taking screenshots of online harassment. Finally, many social media platforms and school have clear ways you can report cyberbullying.
Copyright © 2018, ABC Radio. All rights reserved.

‘I am an American, too’: Violence sparks new grief, reckoning for Asian Americans
Pediatric COVID-19 cases in Mississippi 10 times higher than previously thought: Study
Rise in anti-Asian American hate crimes may lead to mental health crisis
Biden says there will be enough vaccine for American adults by end of May
Plant-based diets reduce risk of heart disease, dementia, study finds
Gyms with maskless users shown to be at high risk for COVID spread: Study