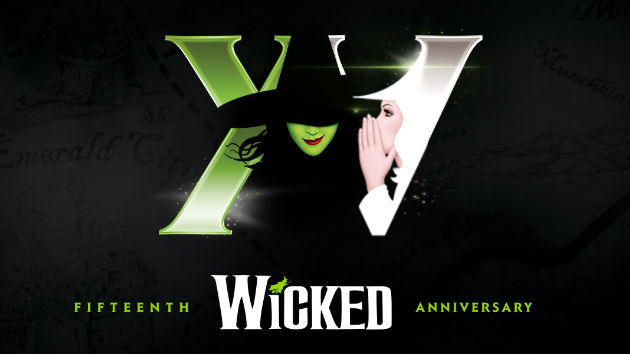 Polk PR/, Universal Stage Productions(NEW YORK) — The hit musical Wicked is celebrating its 15 anniversary on Broadway next month, and NBC is bringing the show's original stars, along with some big-name singers, together to mark the occasion.

On October 29 at 10 p.m. ET/PT, NBC will air A Very Wicked Halloween: Celebrating 15 Years on Broadway, a concert tribute hosted by Idina Menzel and Kristen Chenoweth, who, respectively, originated the roles of Elphaba and Glinda in the musical.

They'll perform, and so will Ariana Grande, Pentatonix and more singers to be announced.

The tribute will be taped at New York's Marquis Theater and will be produced by the musical's original creative team.

Wicked takes place in the Land of Oz before Dorothy arrives, and is about the rivalry-turned-friendship between green-skinned Elphaba and blonde Glinda, who eventually become known, respectively, as the Wicked Witch of the West and the Good Witch. The musical features such songs as "Defying Gravity," "For Good" and "Popular."

“Desperately juvenile” — Charlie Sheen looks back 10 years after his infamous “Tiger Blood” meltdown
Woman who suffered debilitating periods for years gets help with new procedure
Becca Cosmetics is going out of business after 20 years
College dropout donates $20 million to the historically Black university he couldn’t afford 60 years ago
‘COVID’s so wicked’: Families confront losing multiple loved ones
Wreckage of TWA Flight 800 to be destroyed 25 years after crash