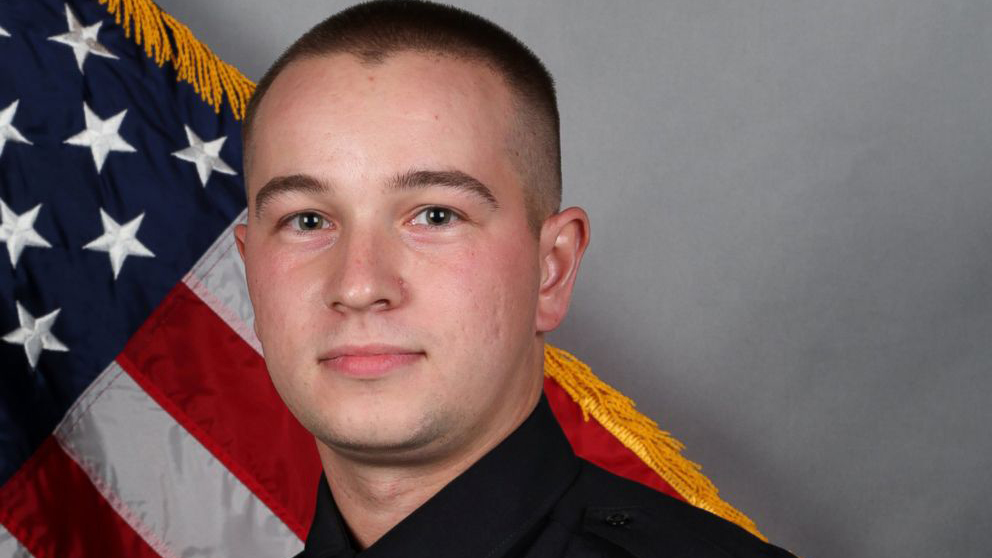 Nashville Police/Twitter(NASHVILLE, Tenn.) — Prosecutors in Tennessee have filed homicide charges against a Nashville Police officer who shot and killed a 25-year-old man as he ran away.
Nashville District Attorney Glenn Funk charged Metro Nashville Police officer Andrew Delke with criminal homicide in the July 26 shooting of Daniel Hambrick, his attorney, David Raybin, confirmed to ABC News.
Surveillance video released by the district attorney's office showed Hambrick sprinting away from Delke, who at first chased after him but then stopped and started shooting.
After Hambrick was shot, he was handcuffed "and left there like a dog," said Joy Kimbrough, an attorney representing the Hambrick family, in August.
The police department accused Hambrick of being armed, tweeting a photo of the gun he was allegedly carrying on the day he was killed.
Nashville officers were searching the area that day for stolen vehicles when they attempted a traffic stop on a vehicle that was driving erratically, according to a July 27 press release from the Tennessee Bureau of Investigation. The driver of the vehicle fled, and when officers re-encountered the occupants of the vehicle, Hambrick turned and ran away.
Delke, who was assigned to the department's Juvenile Crime Task Force, was placed on administrative leave after the shooting.
He turned himself in Thursday and was released on $25,000 bond, Raybin said. He did not immediately provide a statement to ABC News, pending a press conference set for Thursday afternoon.
A magistrate judge had initially ruled Thursday that there wasn't enough evidence to charge Delke, but a General Sessions judge found probable cause and signed an arrest warrant for Delke, The Tennessean reported.
Nashville Chief of Police Steve Anderson described the surveillance video as "disturbing," but said he is confident that the members of the Nashville Police Department do not discriminate based on skin color.
The Nashville Fraternal Order of Police did not immediately respond to ABC News' request for comment. A spokeswoman for the police department declined to provide a comment to ABC News.