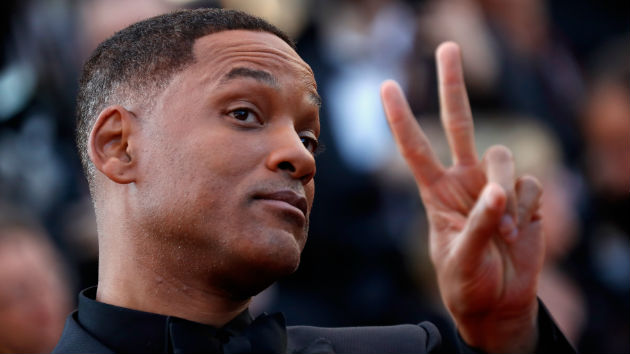 Photo by Tristan Fewings/Getty Images(ARIZONA) — Will Smith has become one of the action heroes he portrays in his movies after he bungee jumped out of a helicopter into the heart of the Grand Canyon for his 50th birthday.

The former Fresh Prince of Bel Air actor decided to leap into his 50s after a YouTube group, Yes Theory, dared him to perform the stunt, Variety reports. Smith chose to do it on his birthday to raise awareness for Global Citizen’s education efforts.

Smith successfully completed the jump live on his YouTube page for all his fans to see.

The video captured Smith as he was lifted into the air, clinging to the side of a helicopter. A few minutes later, the daredevil fell backwards and plummeted towards the canyon floor with his arms out wide. Smith could be heard screaming as he soared through the air.

The clip cut to family and friends, including his wife Jada Pinkett Smith, his daughter Willow and son Jaden.

"I am so happy he is safe and that he is elated," Willow can be heard saying in the video.

Once on the ground, Smith had a few choice words for the adrenaline pumping incident.

"That s*** is terrifying," he said. "Absolute terror to the most exhilarating extreme."