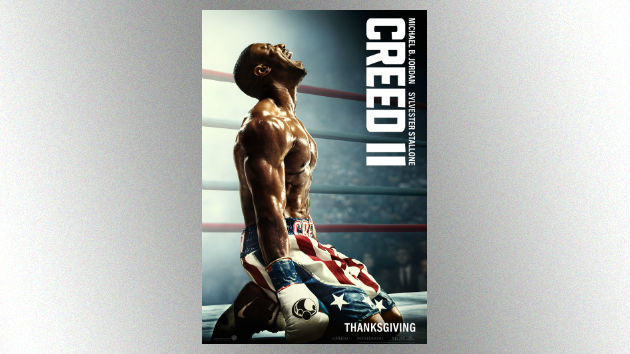 MGM/Warner Bros. Pictures(HOLLYWOOD) — A new trailer for Creed II has arrived, and its safe to say Michael B. Jordan's Adonis Johnson is ready to risk it all.

In the two-minute promo, Adonis is seen enduring a grueling training session by Rocky Balboa, once again played by Sylvester Stallone. The training is in preparation for his upcoming match against Vitor Drago, the son of Ivan Drago, who brutally killed Johnson's father, Apollo Creed, in the ring in Rocky IV.

"That kid was raised in hate," Rocky warns Adonis about Ivan. "He's dangerous."

Jordan also posted a snippet of the trailer on Instagram, adding the caption, "Ready or Not #Creed2 In Theaters Nov 21st."

The film reunites Jordan with his Black Panther director Ryan Coogler, who also directed Creed but this time will now serve as producer.