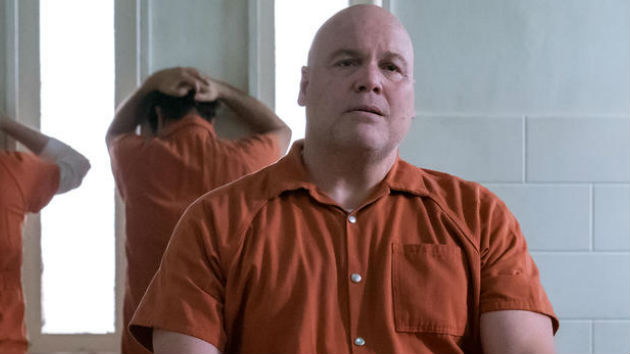 The archenemy of the titular Marvel hero, Wilson Fisk was behind bars when last we saw him, but here he's seen methodically getting dressed in his signature white-on-white three-piece suit.

Set to the haunting song "Burn" by Cody Crump, the snippet plays Fisk's preparations against those of Charlie Cox's Daredevil: As Fisk dons his old suit — and symbolically, his old life of crime — the bloodied hero is literally destroying the suit representing the life of his alter-ego, attorney Matt Murdoch, casting the clothing into a fire.

Murdoch then dons Daredevil's ninja mask, reinforcing an earlier preview in which he hints that the legal system can't do for evil what his deadly martial arts skills can.