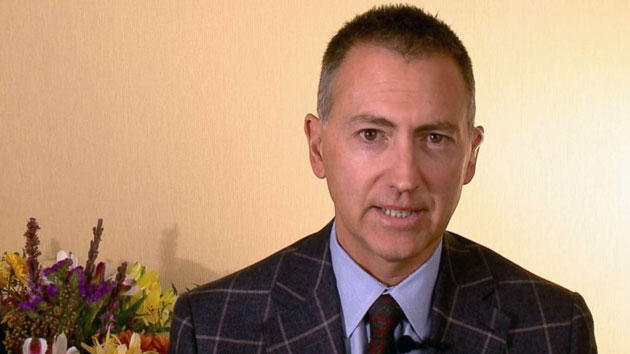 ABC News(WASHINGTON) — The attorney for the second woman who has accused Supreme Court nominee Brett Kavanaugh of sexual misconduct expressed his disapproval of how President Trump has mocked her account, adding that his client is certain about the alleged encounter.
"The comment by the president is pretty disgusting and pretty hurtful," John Clune, attorney for accuser Deborah Ramirez, told ABC News chief anchor George Stephanopoulos on Good Morning America Wednesday.
He added: "She believes wholeheartedly that it was Judge Kavanaugh."
Ramirez, 53, is a former Yale University classmate of Kavanaugh's and his second accuser of sexual assault. Ramirez told The New Yorker that the nominee exposed himself to her at a party and "thrust his penis in her face," causing her to "touch it without her consent as she pushed him away."
The first accuser, Christine Blasey Ford, a California professor, alleges Kavanaugh sexually assaulted her when they were high school students. She is slated to testify before the Senate Judiciary Committee at 10 a.m. on Thursday.
Kavanaugh has strongly denied the allegations from both Ramirez and Ford.
A number of Republicans have questioned the credibility of the latest allegation by Ramirez.
“I read the New Yorker article, it's pretty thin. No one else remembered any of it. This is really kinda getting carried away. It's feeling more like a circus,” Tennessee Sen. Bob Corker said.
President Donald Trump has questioned the accusations against Kavanaugh, saying the claims are "totally unsubstantiated" and are more than 30 years old.
When asked if Ramirez should be allowed to testify, Trump said she "has nothing" and pointed to memory gaps: "She said she was totally inebriated and she was all messed up."
"And now a new charge comes out and she doesn’t know that it’s him but it could have been him, oh gee, let’s not make him a Supreme Court Justice?" Trump said mockingly, speaking of Ramirez.