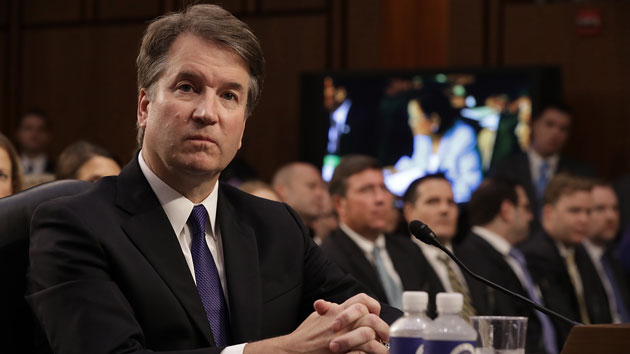 Chip Somodevilla/Getty Images(WASHINGTON) — Senate Judiciary Committee Chairman Chuck Grassley reversed course just hours after he said he would not reveal the name of the prosecutor hired by the GOP to question the woman accusing Supreme Court nominee Brett Kavanaugh of assault and released a statement saying Rachel Mitchell would be tasked with the job.
Mitchell, a career prosecutor from Maricopa County, Arizona, will be interviewing Dr. Christine Blasey Ford, a professor who accused Kavanaugh of sexually assaulting her when they were high school students in suburban Maryland.
Kavanaugh has strenuously denied the claims, saying he was not even present at the party she alleges the assault took place.
"The majority members have followed the bipartisan recommendation to hire as staff counsel for the committee an experienced career sex-crimes prosecutor to question the witnesses at Thursday’s hearing," Grassley, R-Iowa, said in a statement released Tuesday night. "The goal is to de-politicize the process and get to the truth, instead of grandstanding and giving senators an opportunity to launch their presidential campaigns. I’m very appreciative that Rachel Mitchell has stepped forward to serve in this important and serious role.
"Ms. Mitchell has been recognized in the legal community for her experience and objectivity," Grassley continued. 'I've worked to give Dr. Ford an opportunity to share serious allegations with committee members in any format she’d like after learning of the allegations."
Mitchell is on leave as deputy county attorney in Maricopa County, which includes Phoenix, and is the division chief of the Special Victims Unit, which deals with sex crimes and family violence.
She has worked as a prosecutor since 1993.
While Republicans plan to let Mitchell do the questioning, they may follow up on answers. Most Democrats have said they plan to do their own questioning during Thursday's hearing.
"I promised Dr. Ford that I would do everything in my power to avoid a repeat of the 'circus' atmosphere in the hearing room that we saw the week of September 4," Grassley said. "I've taken this additional step to have questions asked by expert staff counsel to establish the most fair and respectful treatment of the witnesses possible."
Grassley said Tuesday afternoon he would not release Mitchell's name in order to ensure her safety. The Washington Post reported it would be Mitchell about a half hour before Grassley released his statement.
Even Ford's legal team did not know who the prosecutor would be until the news broke late Tuesday.
Republican senators on the Judiciary Committee have made it no secret they are inclined to believe Kavanaugh's account over Ford.
A vote has been scheduled for Friday, before even hearing the testimony of Ford on Thursday. Sen. Bob Corker, R-Tenn., while a frequent critic of President Donald Trump, agreed with Republican leaders that it's time to move to a vote soon.
"I think the longer this hangs out there, the more problematic that it is," he said. "As soon as the hearing is over, I plan to make known what I'm going to do but again, I go into it with positive feelings about him."