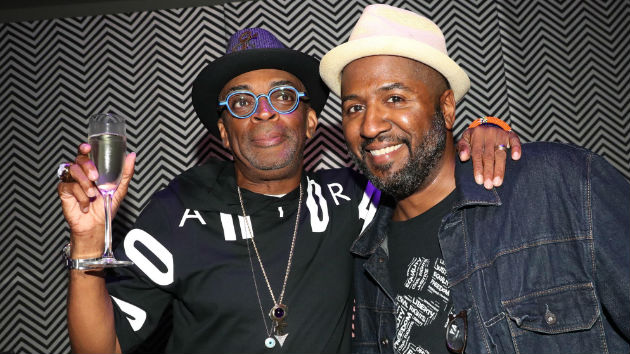 Photo by Johnny Nunez/WireImage
Posted on September 26, 2018 by ABC News

Photo by Johnny Nunez/WireImage(NEW YORK) — Ahead of his comedy Night School, Malcolm D. Lee is sharing a personal story of how his family's basement produced two great directors.

Lee, who is the first cousin of Spike Lee, tells ABC Radio that Spike ended up living with his family after he was kicked out of his parent's home.

"Spike lived in my parents basement when he was in film school," Lee explains. "He and his father weren't getting along…He asked my father, his uncle Cliff, 'Hey, can I stay with you while I'm in graduate school?' And my father said, 'Yeah come on.'"

Malcolm continues, "And that's where I got to see, very early on, the emergence of a great a great world filmmaker. And of course I don't know at the time, because I'm like, 'What are you doing with this editing equipment and what not?' And he was like, 'I'm going [to] make movies for the theater.' And I was like, 'Get out of here man.'

According to Malcolm, he didn't initially believe Spike would actually become a movie director.

"We could not conceive of it because, when you're a kid in Brooklyn growing up and you see television, you see movies — there's no black people in it," he says, referring to films he watched growing up like "Star Wars and Raiders of the Lost Ark."

"That somebody black, and somebody in my family, could do it was a great eye-opening thing."

Malcolm reveals he later became "very close" to his cousin and learned from him. Soon after he left, Lee said he took over Spike's spot in the basement.

"And that basement produced two successful filmmakers," he said. "So it's still available for rent for Air B&B if you want to go."