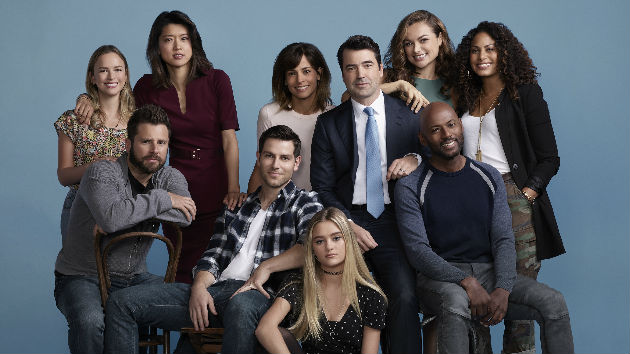 ABC/Matthias Clamer(LOS ANGELES) — ABC's new drama A Million Little Things hasn't premiered yet, but people are already comparing it to NBC's This Is Us.

While This Is Us is about family dynamics, A Million Little Things follows a group of friends who come together after one of them commits suicide.

Although the premises are different, stars David Giuntoli and Romany Malco tell ABC Radio that A Million Little Things will be just as much of a tearjerker as its NBC counterpart.

"I cried when filming it," Giuntoli, who plays Eddie, said. "We saw the trailer, and the actors who acted the scenes were crying."

But Malco said they are not nervous about living up to the success of This Is Us.

"I think that's amazing, and mind you a lot of the people comparing it have only seen a trailer," Malco said. "If we've achieved that, as far as I'm concerned, I want my Emmy."

A Million Little Things will touch upon big subjects like suicide and loneliness.

"Everybody has secrets, and a lot of our show is about trying to reveal your private inner turmoil to your best buds," Giuntoli said. "If that's what they're there for, why don't we do that."