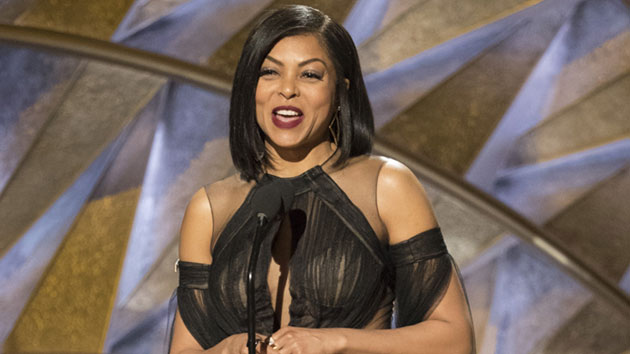 ABC(NEW YORK) — Taraji P. Henson plays tough-talking Cookie Lyon on the hit TV show Empire, but off screen, the actress is on a mission to help erase the stigma in the African-American community of getting treatment for mental health.

"When I go to set and you see me as Cookie and they yell, ‘Cut,’ I go home to problems just like everybody else." Henson said Monday on GMA Day. "I’m here to tell you, I have a therapist. I probably need to see her more often."

The mission of making mental health more accessible to African-Americans is personal for Henson, who on Saturday officially launched the Boris Lawrence Henson Foundation, named after her late father, a Vietnam War veteran.

"My father always taught me to live my truth because he lived his, and his truth included mental illness," Henson said. "He was very open about it. He tried to commit suicide."

Henson said it was mental health care that helped her son, Marcel, now in his 20s, through a two-year period that included the deaths of both his father and his grandfather.

"I’m just glad that I raised him [so] he’s not going to be another brother around here trying to be strong," she said, noting that her son's experience gave her the urgency she needed to start the foundation.

The motto of the Boris Lawrence Henson Foundation is "Break the silence. Break the cycle."

"We’re told to pray [mental health] away," Henson continued. "We’re told that it’s a weakness or we’re demonized because we express these feelings that have been bottled up for so long."

Noting the foundation has "so much work to do," Henson said her first goal is to create a dialogue among African Americans about mental health.