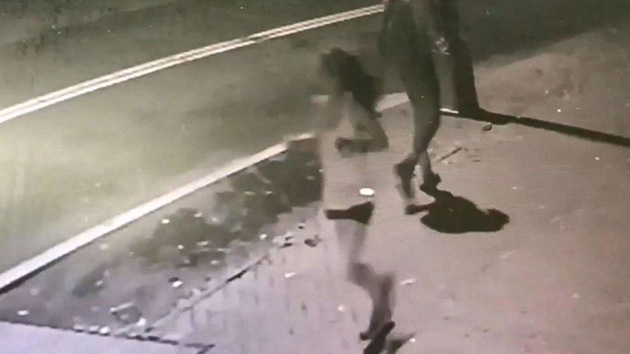 Metropolitan Police Department(WASHINGTON) — Friends and family are set to gather at a funeral service in Florida Tuesday for Wendy Martinez, one week after she was brutally stabbed to death while jogging in Washington, D.C. in an apparent "random" attack.
Martinez, 35, had just gotten engaged and her grieving mother, Cora Martinez, told reporters last week that her daughter will be buried in the wedding dress she had picked out for a ceremony in Colombia, where her fiancé, Danny Hincapie, is from.
"We all commented how beautiful the dress was, how it was so Wendy, it was her style," her friend since high school, Luz Hainey, told ABC affiliate WPBF.
"I have to stay strong in my faith and remember that she’s in a better place," Hainey added. "That truly is what we’re holding onto for right now."
Martinez, 35, was stabbed seven times in the face, neck and back while jogging in the Logan Circle neighborhood, according to court documents. Authorities said she stumbled into a restaurant after the attack where customers tried to save her life.
At Tuesday's funeral in Royal Palm Beach, Florida, mourners are expected to wear bright colors to celebrate her life, her passion and her selflessness, friends said, according to WPBF.
The victim's mom told reporters she was so proud of her daughter for running into the restaurant for help.
"Our girl had the energy to fight," she said.
A suspect, 23-year-old Anthony Crawford, was arrested last week and charged with murder. He made an initial appearance on Sept. 20 and returns to court on Oct. 11.
Copyright © 2018, ABC Radio. All rights reserved.

‘A hidden figure no longer’: NASA officially names DC headquarters after Mary W. Jackson
SNL’s Colin Jost was no help planning his wedding to Scarlett Johansson
Report: Toronto Raptors to play home games in Tampa for the rest of the season
Memorial service honors slain FBI agent, mom of 2: ‘True American hero’
Ciera Payton says ‘Wendy Williams The Movie’ shows you the Wendy “that no one else knows”
Jennifer Lopez and Matthew McConaughey celebrate 20th anniversary of ‘The Wedding Planner’