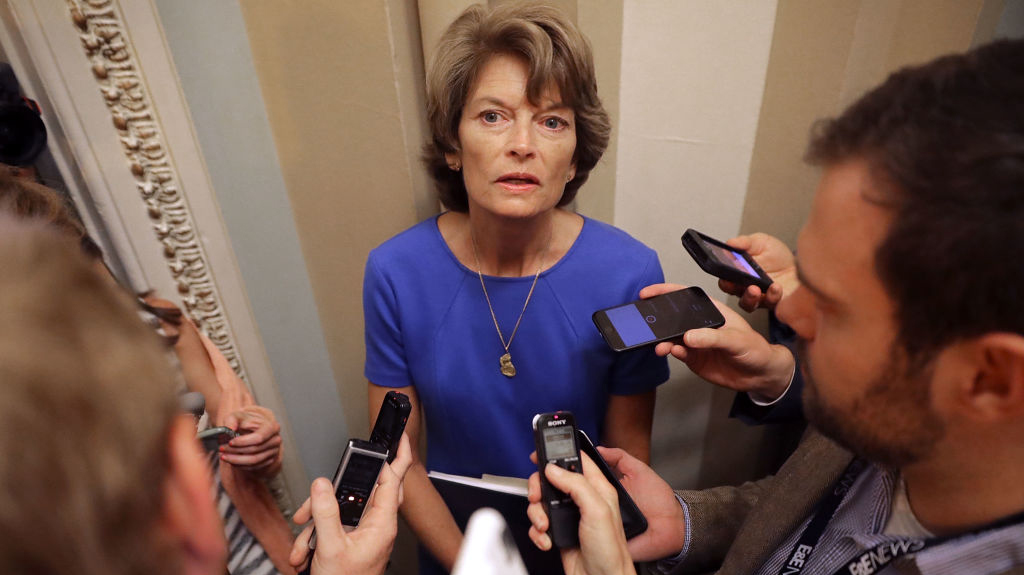 Chip Somodevilla/Getty Images(WASHINGTON) — While her party’s leaders are plowing ahead with their support for Judge Brett Kavanaugh, Republican Sen. Lisa Murkowski, one of the key swing votes, wants the sexual assault allegation to be taken seriously.
“It's very important to take allegations of those who have come forward, to take them seriously and I think we need to go into this hearing with the view that we will listen to Dr. Ford's story, we will listen to Judge Kavanaugh's response and then we will weigh what we have heard,” the Alaska Republican told a massive scrum of reporters. “I think it's important to have the hearing, to get this out on the record and then to move on from there.”
Christine Blasey Ford, a California professor, alleges Kavanaugh sexually assaulted her when they were high school students in suburban Maryland. She is slated to testify before the committee at 10 a.m. on Thursday.
A second accuser, Deborah Ramirez, 53, a former Yale University classmate of Kavanaugh's, told The New Yorker that Kavanaugh exposed himself to her at a dorm room party and "thrust his penis in her face," causing her to "touch it without her consent as she pushed him away."
Kavanaugh denies the allegations.
When asked if she agrees with Leader McConnell that this is a “smear campaign,” Murkowski declined to comment directly.
Instead, in a carefully worded response, she said: “I think it is important that we have a process that is viewed as credible and respected.”
“I support Chairman Grassley in his effort to have a hearing that is dignified, that allows for a level of due process, that allows for the stories of again, both Dr. Ford and Judge Kavanaugh to be heard, so I want a process with decorum and fairness,” she told ABC News.
Murkowski left the door open to a possible FBI investigation of the claims, saying “an investigation would certainly clear up some of the questions that are out there,” but adding “as I understand how the process works it is not how the Judiciary Committee to make that ask.”
Capitol Hill has become a wild cat and mouse game, as reporters scramble to track down the key swing votes who could make or break Kavanaugh’s nomination.
West Virginia Democrat Sen. Joe Manchin, another one of those critical votes, trod carefully when speaking with reporters on Tuesday.
Republicans “want to make sure that people are heard,” but added “if there needs to be more and there’s more valid accusations, then they should be heard. Period,” he said.
“The woman or women who desire to be heard need to be heard and he needs to have a chance to clear his name. That's about as clean as I can make it,” he told ABC News.
But many Republicans are making clear they’ve already made up their minds.
“When the public sees how this guy has been abused, I think it's going to, you know, have a surge in popularity,” Oklahoma Republican Sen. Jim Inhofe said of Kavanaugh.
Like a number of Republicans, Tennessee Sen. Bob Corker is questioning the credibility of the latest allegation by Ramirez.
“I read the New Yorker article, its pretty thin. No one else remembered any of it. This is really kinda getting carried away. It's feeling more like a circus,” he said.
Corker agrees with Republican leaders that it’s time to move to a vote soon.
“I think the longer this hangs out there, the more problematic that it is,” he said. “As soon as the hearing is over, I plan to make known what I'm going to do but again, I go into it with positive feelings about him.”