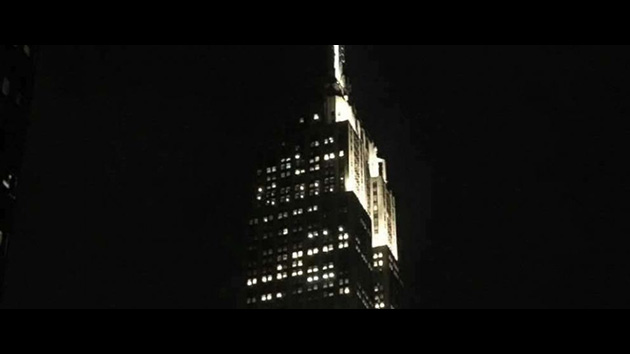 Courtesy Fleishman Hillard(NEW YORK) — Dozens of iconic landmarks in cities around the world will turn off half their lights throughout this week to raise awareness for the importance of global gender equality and illustrate the power that is lost when the world excludes half its population.
The eye-catching #MorePowerfulTogether campaign, sponsored by the United Nation Women's HeForShe initiative, calls on men to stand in solidarity with women in the fight for gender equality in all aspects of society.
"We are turning off half their lights, to create a visual metaphor of the power that is lost when you eliminate half the population that is women and girls," Elizabeth Nyamayaro, the senior adviser to under secretary-general and executive director of U.N. Women, told "Good Morning America."
The campaign kicked off with the Empire State Building in New York City on Monday night, but other seminal landmarks from the Burj Khalifa in Dubai to the CN Tower in Toronto to Tel Aviv City Hall in Israel will all be "lit in half," Nyamayaro added.
"It's an important metaphor," she said. "Women and girls not being represented around the world in terms of decision-making."
As a result, "We are missing out on huge opportunity of untapped resources," she said.
Studies show that "companies and societies only prosper from gender equality," Nyamayaro added.
In addition to creating a visual metaphor that is changing city skylines around the world, Nyamayaro said, "We want to make sure this momentum translates into action."
"Raising awareness is really the first step, it should not be the end goal," she said.
Whether it's closing the gender pay gap in the U.S. or ending child marriages in other parts of the world, "We want to end gender inequality, and we need men's full participation as well," Nyamayaro said.
"It isn't a women's issue," Nyamayaro said of global gender inequality. "It's a human rights issue."
"We also know that there are a lot of men out there who want to do the right thing," she said, noting that this is where the HeForShe movement comes in.
The movement is not about being rescued, however, it's all about solidarity, she added.
"It's not about men coming in to help women — women are not helpless — they don't need men's help," she said. "It's really about solidarity, and men recognizing their privilege and what they can do to be a part of the solution.
"And that we are more powerful together," she added. "That's really the key message."
Copyright © 2018, ABC Radio. All rights reserved.

What is COVAX? How a global initiative is helping get COVID-19 vaccines to poorer countries
Raptors president Masai Ujiri calls for racial equality after NBA Finals incident
Dad-to-be killed when gender reveal device explodes: Police
Gender pay gap persists even at executive level, new study finds
Why Rob Lowe doesn’t regret turning down ‘Grey’s Anatomy’
Michelle Pfeiffer says turning down ‘Silence of the Lambs’ is one of her biggest regrets